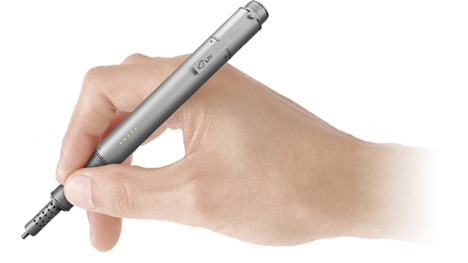 As 3D printers are taking the world by storm, genius designers around the world are coming up with novel ways to use the technology every day. We’ve seen food printers, web-based 3D printing services, simple metal shapes made with 3D printers, a surgical 3D printing pen, a printer that can make complex free-standing metal shapes, and even a pen that can “print” objects in thin air. The 3D printing pen now has a bit of competition in the form of Lix, an even smaller model that does some even more amazing things. 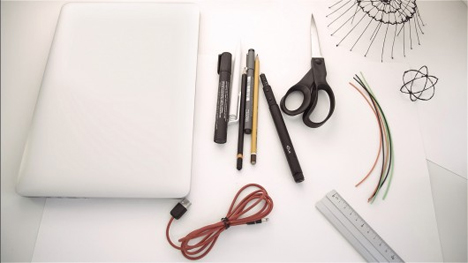 Just like the 3Doodler featured previously, the Lix eats up pieces of solid plastic, melts them, spits them out as 3D “ink” and lets you draw 3D objects in mid-air. The aluminum Lix, however, is small, lightweight, and beautifully nimble – its creators deem it the smallest 3D printing pen in the world. 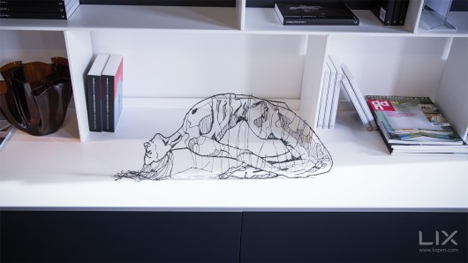 With the thin extruded plastic filaments, the Lix can create amazing 3D sculptures, instant prototypes, or even small toys or decorative household objects. It’s powered by a USB cable and as easy to use as a pen. With a little practice, any artist could turn their Lix creations into a completely new form of expression – if you can draw it, you can make it come to life in three dimensions.

The design team behind Lix plans to launch a Kickstarter campaign to fund the project, but even if the campaign is unsuccessful the team plans to go ahead with producing and marketing the frankly impressive handheld 3D printer.

See more in Industrial Design or under Technology. April, 2014.