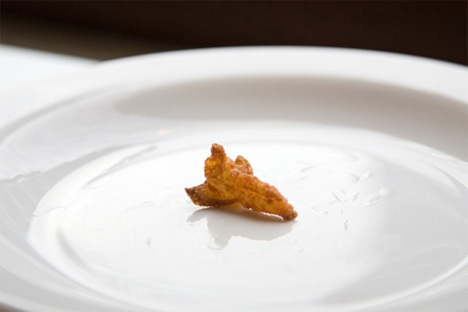 In-home food printers seem to be the logical next step in food production, but until now they’ve been firmly planted in the realm of speculation. The research team at Cornell Creative Machines Lab is making big strides to change that with their 3D food printing research. The machine being developed at CCML can use edible inks and electronic blueprints to create some impressive versions of everyday foods. 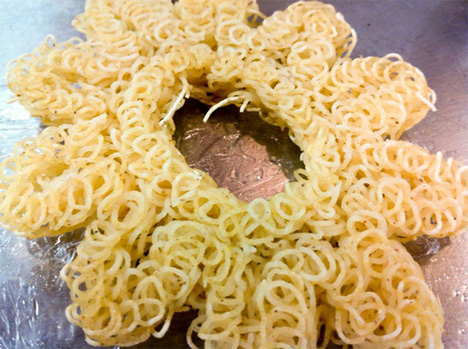 The electronic blueprints are known as FabApps. They direct the machine to lie down one layer after another of edible ink, creating edible masterpieces in just about any shape or flavor imaginable. Or perhaps even inserting initials, logos or pictures into the middle of baked goods. They can use healthy ingredients to create wholesome versions of familiar junk foods, even substituting raw or vegan “inks.”And as for getting kids to eat their veggies…well, what kid wouldn’t eat a T-Rex made of carrots or a race car made of broccoli? 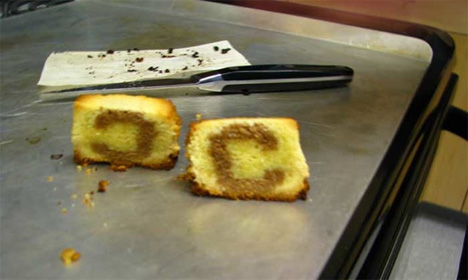 One company expects food printers to make their way into homes relatively soon for the surprisingly affordable price of $1000. The future of food could very well involve putting healthy convenience foods into every home. It may not sound super-appetizing to eat a burger made of squishy paste squirted out of a tube, but after cooking (and presumably after a bit more industrial tweaking) these designer foods-on-demand should be just as tasty as the ones we’re used to nomming on today.

See more in Futuristic or under Technology. September, 2011.