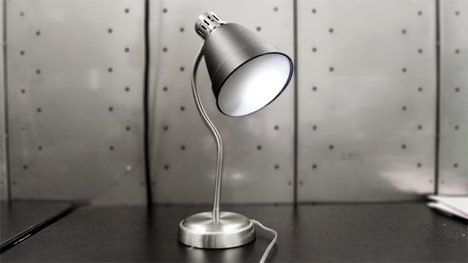 Information security concerns are at an all-time high in America, especially with people like Julian Assange and Edward Snowden exposing secrets that were never meant to reach the public’s ears. Artist duo Kyle McDonald and Brian House built a project that they hope will raise awareness of the lack of privacy we all experience in public. They call it the Conversnitch, and it’s a little scary just how easily they were able to install it in public places. 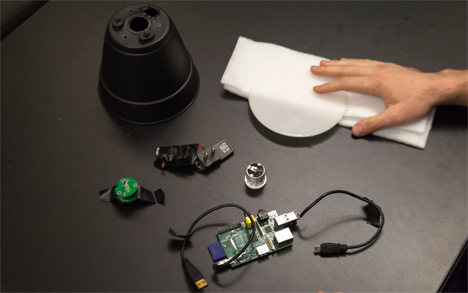 The Conversnitch cost less than $100 to produce. Unless you’re extremely observant, it looks just like a regular light fixture or lamp – but it’s much more than that. The device contains a microphone and a mini computer, as well as a light bulb to help it blend into its surroundings. It is housed in a plastic flowerpot, so upon close inspection it would probably be obvious that it is no ordinary light bulb. 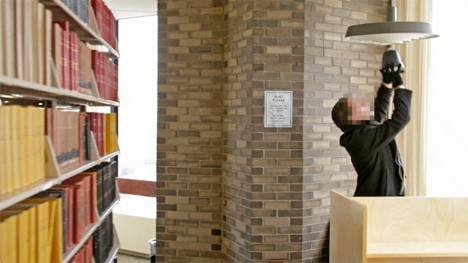 The spying tool captures conversations happening near it and uses the nearest open wi-fi network to send the information to Mechanical Turk, Amazon’s crowdsourcing platform. They pay workers to transcribe conversation snippets, then they post them to Coversnitch’s Twitter account. The conversations that the Conversnitch was able to capture were truly shocking. People revealed personal details and expressed opinions that they may not have wanted exposed to the public.

McDonald and House didn’t set out to do anything illegal; they simply wanted to demonstrate how easy it is for anyone to listen in on any conversation. They were able to install the Coversnitch in some very public places without any question from passers-by, though one individual did look a bit suspicious as one of the artists installed the device in a restaurant. According to the artists, one of their goals was to warn people that their conversations, no matter how sensitive, are never necessarily truly private.

See more in Do It Yourself or under Technology. April, 2014.