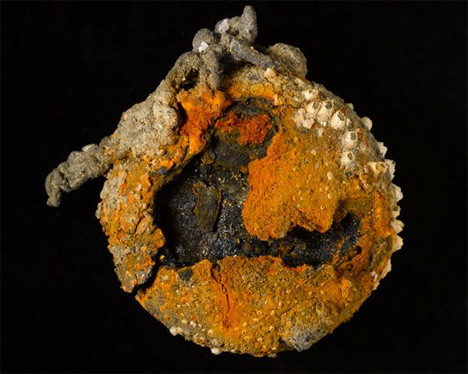 When the Swan, a small warship, sank off the coast of Scotland in 1653, it took with it a cache of fascinating items. To the men who lost their lives in that wreck they were simply everyday objects that they carried – but when the wreck was discovered in the 1970s and then excavated in the 1990s, those objects were the cause of great excitement. Unfortunately, many of the treasures were so damaged and barnacle-covered from their centuries in the water that they looked like little more than rocks. Among the items recovered, all of which were donated to the National Museum of Scotland, was a pocket watch completely covered in barnacles and corrosion. 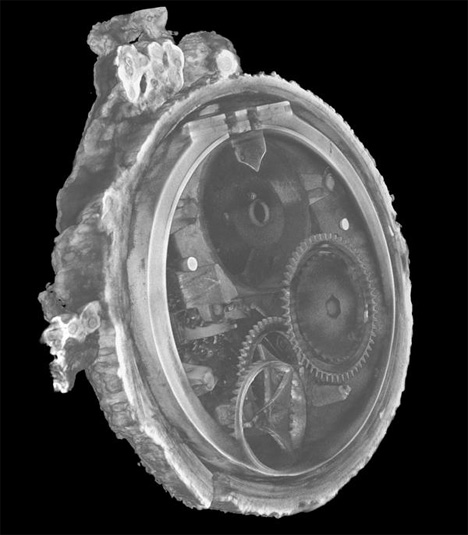 Previous attempts to get a peek at the watch’s interior involved conventional X-rays, which did not provide much detail. But when museum researchers heard that CT scans had been used to investigate the Antikythera Mechanism, they were inspired. They took the watch to a company that had recently developed a CT scan method allowing detailed interior views of objects, even when thick metal covers the outside. 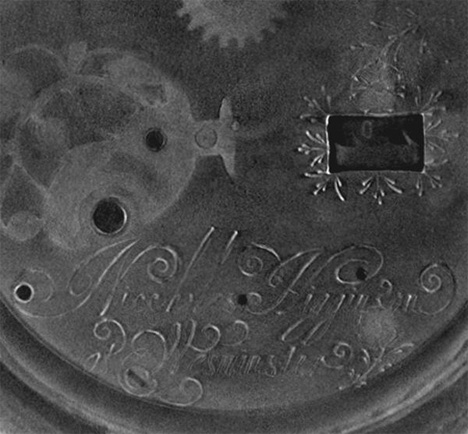 The results were stunning: much of the watch’s interior mechanisms were intact. The steel components are long gone after so long in the salty water, but the brass bits are nearly untouched. The researchers were even able to see what the clock face looked like and get a glimpse of the intricate floral engraving on the case. But perhaps the most amazing find was the watchmaker’s name on the exterior: Niccholas Higginson of Westminster. A bit of further research confirmed that Higginson was a watchmaker in London around the time the Swan was swallowed by a storm. Given the overwhelming success of the scans, National Museum of Scotland officials now hope to use the same techniques to examine other shipwreck artifacts.

See more in Antique Gadgets or under Vintage & Retro. October, 2010.