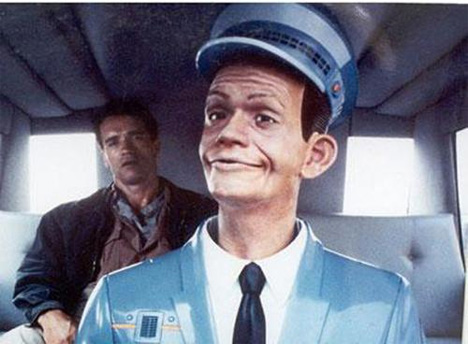 The most anxiety-inducing part of a taxi ride is, of course, the driver. Just after Google’s announcement of their own driverless cars, researchers at the Free University of Berlin released video of their autonomous taxi. Controlled by an iPad app, the taxi doesn’t have the kitschy appeal of a Johnny Cab but does eliminate the uncomfortable tipping dilemma. 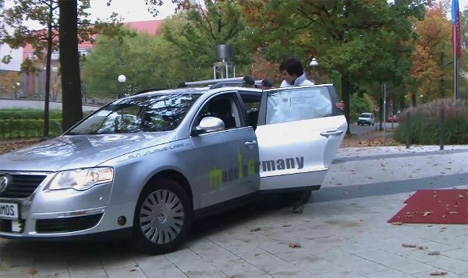 The car is called Made in Germany (MIG) and features laser scanners, GPS, cameras and radar to keep it at a safe distance from obstacles and other cars. Passengers use an iPad app to call the Volkswagen Passat to them: the iPad emits a GPS signal telling the car where the passenger is.

The car’s progress can be tracked in-app as it drives ever closer to the passenger. Once the car arrives and the passenger settles in, he sets the destination and lets the car do the rest. Maybe for fun, the researchers would be willing to put a talking Johnny in the front seat for future generations of the MIG. But for now, passengers can relax and enjoy not having to make awkward conversation with a stranger on the way to the airport.