10,000+ Subscribers
More Than One Way to Skin a Man: Incredible Skin Printer 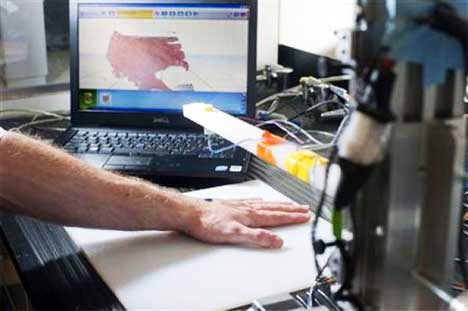 Move over, organ-printing 3D printers: there’s a new bio-printer, and it’s giving healthy skin cells back to burn victims. A team at Wake Forest University in North Carolina has created a device that’s similar to an inkjet printer – but instead of ink, it sprays healthy skin cells directly onto burns and other wounds. The method has only been tested on mice so far, but it reduced healing time in those mice by more than half when compared to those that received no treatment at all. But maybe the best news of all is that spraying skin cells onto a burn or wound would not leave the patient with the significant scarring often caused by traditional skin grafts. 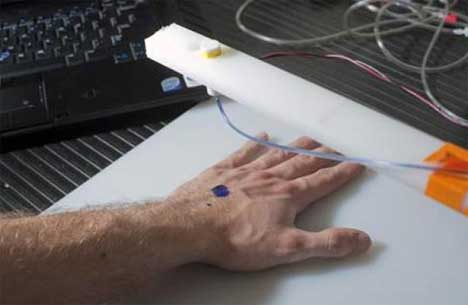 The skin grafts used to date have the unfortunate side effect of giving grafted skin a different look than surrounding skin. This new method would let the sprayed-on skin cells grow organically, taking on the natural hue of the patient’s skin and even developing hair follicles. Additionally, the spray-on method would greatly reduce the pain caused by skin grafts and the risk of infection that arises when damaged or destroyed skin isn’t replaced. The team that developed the method foresees being able to wheel the device right into the patient’s hospital room, further reducing pain and infection risk. 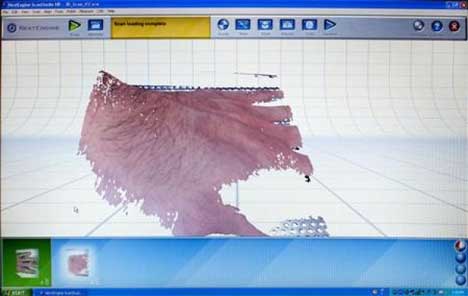 The team explained that they take living human skin cells, dissolve them into various cell types, and mix some stem cells in for good measure. Then they put the cells into a solution to encourage cell multiplication before spraying the appropriate types of cells in successive layers onto the wound. Thanks to the stem cells, the sprayed-on layers integrate nicely into the surrounding skin. The team is currently working with the U.S. Armed Forces Institute of Regenerative Medicine to figure out how to use the technology to benefit wounded soldiers. After a lot more animal testing, they hope to present the system to the FDA to seek approval for human testing.

See more in Futuristic or under Technology. April, 2010.