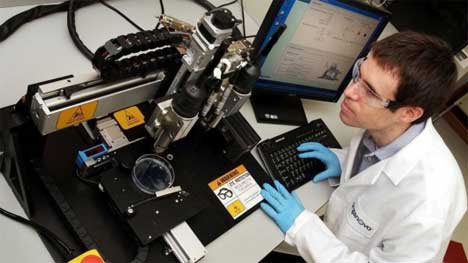 Will we one day be able to print anything and everything we need? 3D printers have been used in architectural schools for quite some time already (and self-replicating home models are becoming more and more common), a 3D food printer is under development, and now several sources are working on 3D bio-printers: machines that will “print” organs so patients will no longer have to wait for transplant donations. Recently, the first commercial organ printer was built by biomedical company Invetech and delivered to Organovo, a company that has pioneered the bioprinting technology. 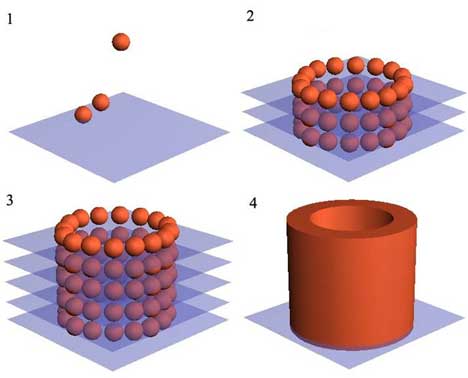 The printer is already capable of producing arteries, which doctors will be able to use in bypass surgeries in as little as five years. Other, more complex body parts should be possible within ten years: bones and hearts, for example. The printer works by using two print heads. One lays down a scaffold and the other places human cells into the shape of whatever organ is being formed. There’s little threat of the new organ being rejected since it’s made of the patient’s own cells. The machines could represent a breakthrough in medicine, since the wait time for new organs would be significantly shortened and the risk of organ rejection nearly eliminated. Organovo plans to distribute several of the machines to research facilities to encourage further development of the printing technology.