In Ray Bradbury’s classic novel Fahrenheit 451, plaster walls in homes were replaced with huge video walls. The total immersion in sounds and visuals transported the characters in the book to a different place – one where the troubles of the real world couldn’t intrude. It was only a matter of time before someone brought the “parlor wall” concept to real life. 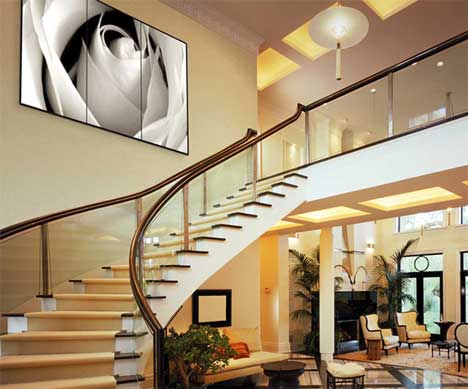 The RunCo WindowWall has the potential to bring mind-numbing constant stimulation to the brains of every household with enough money to afford one of these expensive-looking arrays. The large display is formed of lots of smaller displays; the individual screens are all extremely thin at 4.5 inches each. When they’re put together in a large setup, the between-image gap is only .28 inches, giving nearly seamless viewing between displays. Of course, in these renderings the whole walls aren’t covered in constantly-blaring television, but it’s a safe guess that at least some of RunCo’s customers will want the full-room immersion. 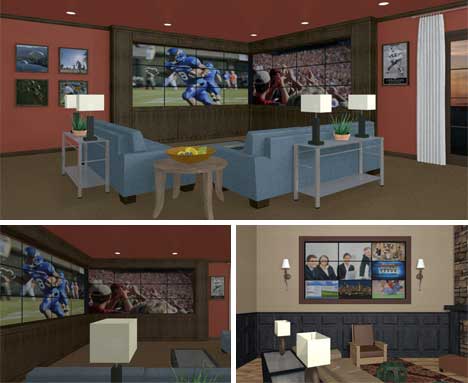 The displays can easily be configured to fit any home or commercial building and just about any size wall. The array can even be curved if the space calls for it. Naturally, the owner of the display doesn’t have to watch constant television – the video wall could display anything from vacation photos to fine art. But we have to wonder what it would be like to install a full four-wall system and turn it on for life-sized Shark Week immersion. Sadly, despite its name, the WindowWall doesn’t revert to a transparent window when not in use. Maybe the next generation of WindowWalls will remedy that.