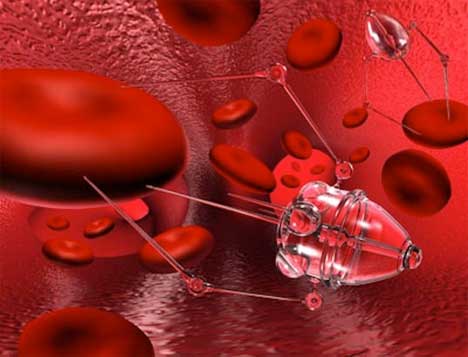 We don’t know about you, but the thought of teeny-tiny robots swimming around in our insides kind of gives us the creeps. But if those bots were there for good, not mischief-making, that might change things a bit. A team of researchers at the California Institute of Technology believes that nanobots could be deployed in the body to “turn off” cancer-causing cells in tumors – giving the same results as chemotherapy, but without the debilitating side effects. Large amounts of the bots are injected directly into the bloodstream, where they target the offending cells and go to work. 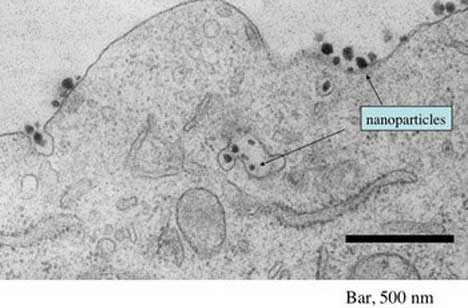 The method used by the tiny bots is called RNA interference. The robots, which are smaller than most viruses, find the cells responsible for out-of-control growth and cut off their communication system, rendering them harmless and effectively turning off the cancer. The nanobot idea was recently tested on humans for the first time; in three humans with melanoma, the bots found and got into the tumors. The study is only a preliminary one, but it’s very promising in that it proves the bots are able to find the tumors they were sent to target. Maybe if we can’t cure cancer, we can at least find a way to halt its development with this comparatively non-intrusive method.

See more in Medical Marvels or under Science. April, 2010.