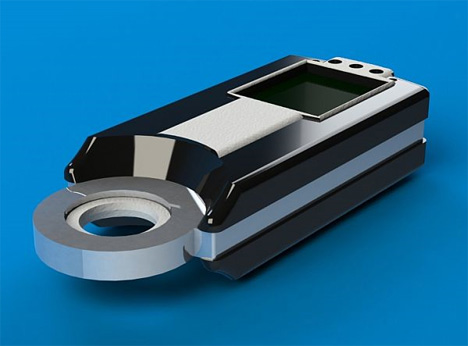 We have all sorts of ways to charge phones without electricity, so why not our other gadgets? Digital cameras can be particularly annoying when they run out of juice at a critical moment, so it makes sense to build in a quick, simple way to get some power when you just have to take a few snapshots. 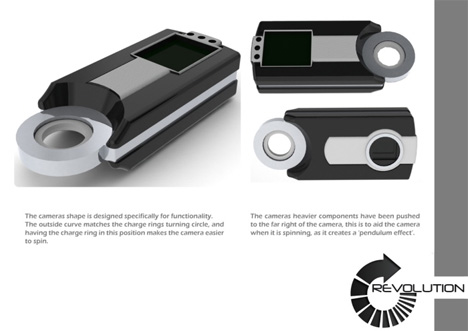 The Revolution digital camera can charge with just a few spins on your finger. The interior dynamo turns around to generate a bit of electricity which charges the camera’s battery. All of the heavy components are situated in the side opposite the spinning ring so that the entire assembly moves easily. 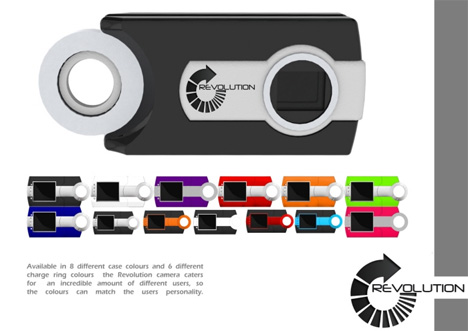 Spinning the camera around will not give a full charge, but it will let you catch that can’t-miss moment when Grandma laughs hard enough to squirt milk out of her nose. The novel dynamo charger only gives enough juice for a few more pictures, but it does come in six dynamo ring cover colors and eight case colors so you can match your cool camera to your party dress.