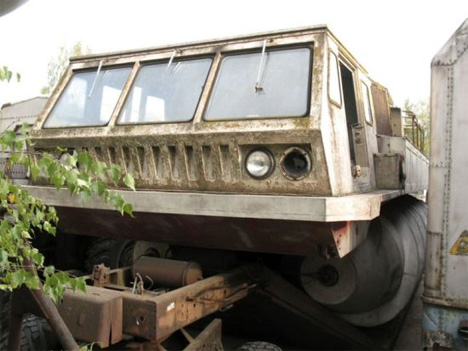 If there is one thing we can all agree the Soviets were awesome at, it was coming up with insane military vehicles. This screw-driven truck is no exception: it is a giant hulking mass of badass power that can drive over any terrain on Earth (and probably some other places) through the sheer power of awesome. Rather than wheels or caterpillar tracks, this baby has two giant screws under its body (that’s what she said) to get it from here to there.

When the operator wanted to go forward, the screws would turn in opposite directions. Sideways motion was achieved when both screws turned in the same direction. Turning was probably impossible, and forget about parallel parking – but when you’re driving a monster like this people probably scramble out of the way anyway. 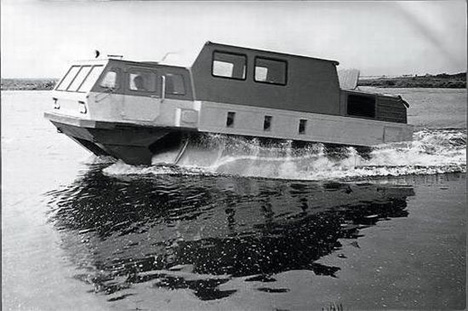 The machine was known as the Zil 4904, and only two of them were ever built. Sadly, this behemoth now sits in a Russian junkyard. Its original purpose, when it was built back in 1972, was search and rescue for astronauts who had come back to Earth. We think the only fitting retirement for a vehicle this glorious would be full restoration and frequent joyrides – who’s with us?

See more in Antique Gadgets or under Vintage & Retro. April, 2011.