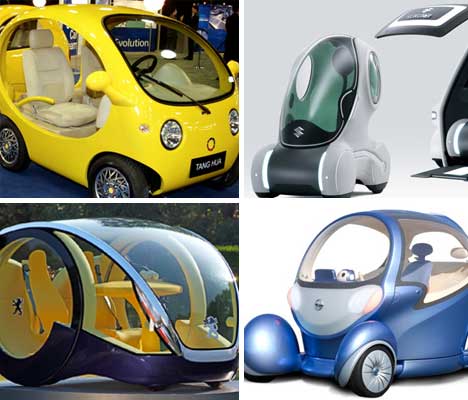 Will we ever give up our beloved gas-guzzlers for leaner, greener electric cars? It might be a long road – so to speak – to alternative powered cars, but it seems like electric cars are gaining favor all over the world. This is evidenced by the sheer number of electric car designs that pop up every year. These four designs are some of the most outlandish, futuristic electric cars we’ve seen – and for some reason, they all look like bubbles. 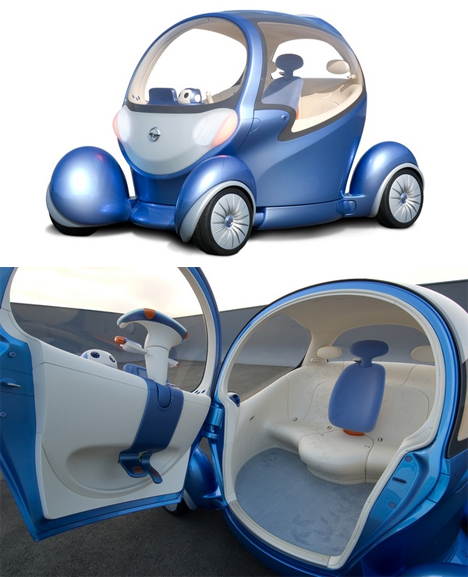 This interesting little bubble is the Nissan Pivo 2 concept: a battery-powered two-passenger commuter car that can have conversations with its occupants in Japanese or English. The cabin rotates 360 degrees, making a reverse gear obsolete, and the wheels rotate 90 degrees for getting into and out of tight parking spaces. For a car that speaks two languages, we’re guessing the designers didn’t speak Czech: “pivo” means beer. But we’re reasonably sure the designers aren’t encouraging you to drink and drive. 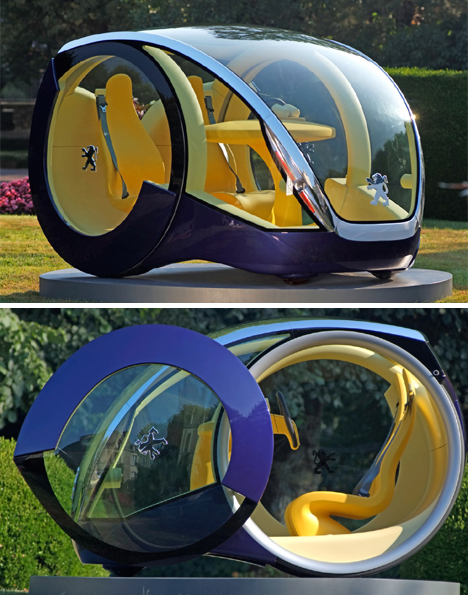 We’ve seen at least one excitingly futuristic (if not entirely official) Peugeot concept before, but this one may be even more far-reaching. The Moovie was the winning entry in a design competition held by the car company for cars they might produce in the year 2020. Portuguese designer Andre Costa came up with the Moovie, an agile electric car with styling so futuristic it’s almost alien. A non-working prototype was built for the 2005 Frankfurt Auto Show, but so far there aren’t any plans to build a functioning Moovie. 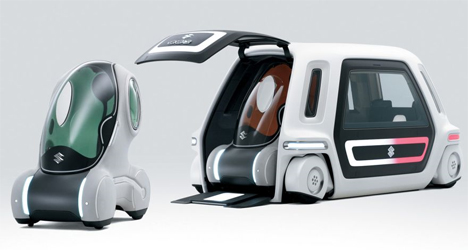 Suzuki likes to think ahead, even when that means looking forward to a slightly depressing future. Their PIXY + SCC concept counts on the outside environment being so contaminated in the future that we won’t be able to walk around without protective gear. So they envision us driving these one-person PIXY cars straight out of our homes and into the wide, wild world. And if you’re commuting or going on a group outing, two PIXY pods can fit into one SSC (Suzuki Shared Coach) to transport you both to a shared destination. Of course, that would make family trips a little more complicated, but we’ll cut Suzuki some slack on this one. 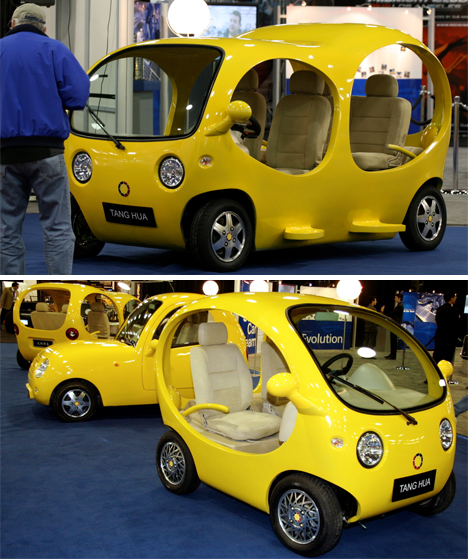 If the Oscar Meyer Weinermobile, Dr. Seuss’ crazy vehicles, and those weird cars from Babes in Toyland all got together and had babies, they would look like the Chinese Tan Hua line. The electric “neighborhood cars” made an appearance at the 2008 Detroit Auto Show, drawing chuckles and amused stares from attendees. But what drew even more laughter was a note on one of the cars suggesting that “renowned environmentalists” George W. Bush buy one for his Texas ranch.

See more in Cars & Trucks or under Transportation. February, 2010.