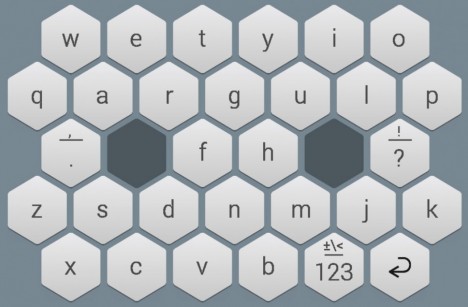 The QWERTY keyboard we use on all of our devices today was designed 140 years ago with specifications that met the needs of typewriter users. The placement of the keys helped ensure that the most often-used keys wouldn’t get stuck and interfere with your typing. But modern keyboards don’t need the special placement; we just keep using the layout because it’s convenient and familiar. 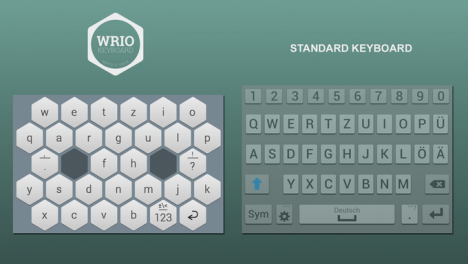 Swiss startup icoaching wants to shake up the whole world of typing with its honeycomb-like keyboard layout. They call it WRIO, and it’s supposed to be a whole lot faster for typing on your mobile device than the traditional setup. The larger keys and unique letter placement let your thumbs move around faster than on the typical flat keyboard layout, and the size of the letters makes it harder to fat-finger an unintelligible sentence. 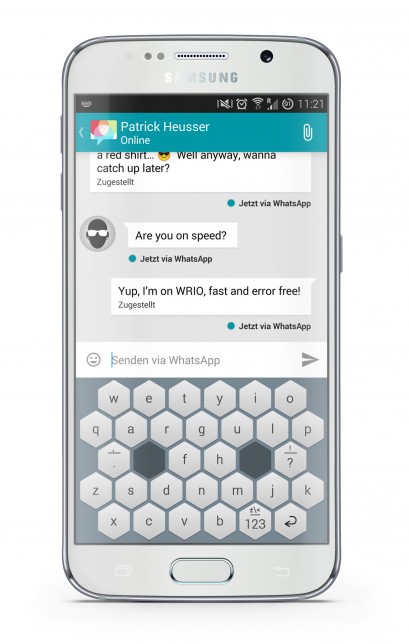 The letters’ positions aren’t really changed too much, but they are arranged on five levels rather than three and situated around two central space keys.The most commonly used special characters are right there on the main layer so you don’t have to push an extra key or two to get to them. The company is developing autocorrect software that is user-guided, so slang words and unusual contexts won’t constantly prompt annoying and inaccurate corrections.

WRIO also includes gestures to make texting and typing even easier. A swipe to the left is like hitting backspace, a swipe to the right adds a space (if you prefer to avoid the two space keys) and an upwards swipe acts as a “shift” key so you don’t have to go looking for it. For all of the wacky keyboard redesigns people have come up with over the years, this seems like one we would actually use and like. The designers say that after a couple of months, WRIO will become like second nature and you’ll never want to go back to a standard keypad.

See more in Phones & Mobile or under Gadgets. September, 2015.