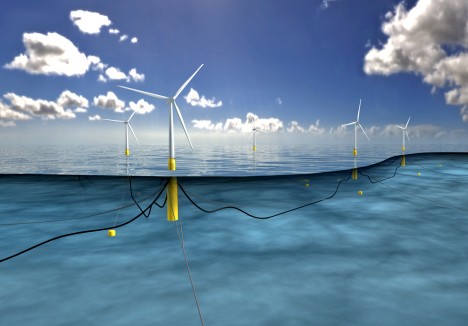 Set to float offshore near the coast, the Hywind Scotland Pilot Park will the the largest of its kind, featuring five turbines each generating six megawatts of power starting early next year. Northern Europe is a hotbed for such projects, accounting for nine-tenths of new offshore wind developments. 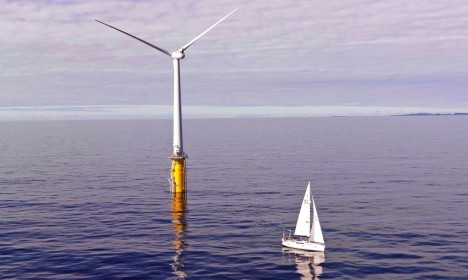 The specially-engineered turbines are being constructed to withstand extreme weather despite their size. Statoil, the Norwegian company building them, is employing technology they have previously used to make oil rigs stable in storms, wind and waves. The results are more economical but also tougher than other floating wind farms.

Leif Delp, the Statoil Project Director:  “We are very pleased to develop this project in Scotland, in a region with a huge wind resource and an experienced supply chain from oil and gas. Through the hard work of industry and supportive government policies, the UK and Scotland is taking a position at the forefront of developing offshore wind as a competitive new energy source.”