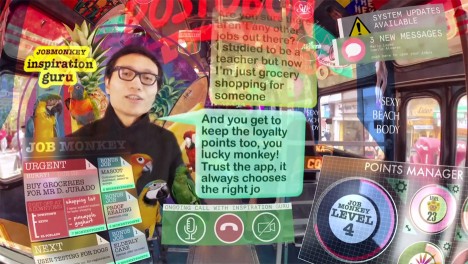 The future generally looks so bright, shiny and utterly perfect when envisioned by futurists, or terrible, dark and depressing through the eyes of dystopians. This film is something else entirely, neither beyond nor between – a humorously realistic look at how our current tech could turn dismally ordinary in the years to come.

London designer Keiichi Matsuda created this short film about augmented reality, layering touch interfaces, projections and holographic figures on ordinary and everyday scenes of normal life. Much like regular reality, where we deal with computer glitches and unwanted ads, this extrapolates those same familiar problems. 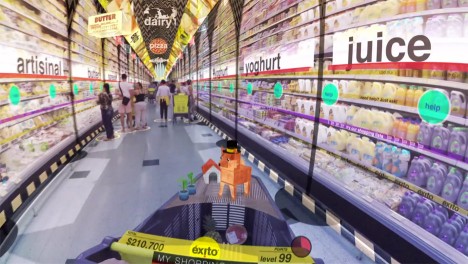 Shop signs and traffic lights are overlaid on ordinary buildings and walls, turning a bland world technicolor, but not in a way that is entirely appealing. At times and places where this layering could become helpful rather than intrusive, it veers toward the latter, much like pop-up and auto-play-audio ads on the internet. 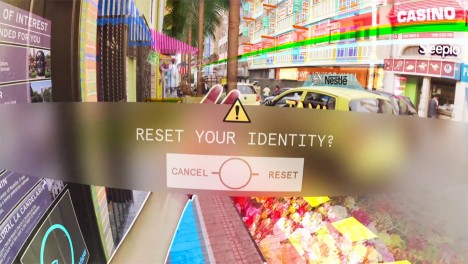 “Our physical and virtual realities are becoming increasingly intertwined,” said Matsuda. “Technologies such as VR, augmented reality, wearables, and the internet of things are pointing to a world where technology will envelop every aspect of our lives. It will be the glue between every interaction and experience, offering amazing possibilities, while also controlling the way we understand the world,” he said. “Hyper-Reality attempts to explore this exciting but dangerous trajectory.”

See more in Futuristic or under Technology. June, 2016.