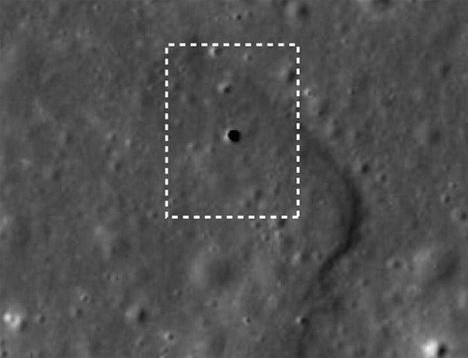 Scientists have suspected for decades that the surface of the moon is hiding a vast network of underground lava tubes, or tunnels formed by past lava flows. Now, for the first time, we have proof of those tunnels. The picture above shows a satellite image revealing a “skylight” to one of the tunnels. The skylight is a massive 65 meters across, and it’s estimated that the tunnel extends about 80 meters down. The lava tunnels could be hundreds of meters wide and possibly extend all over the moon. 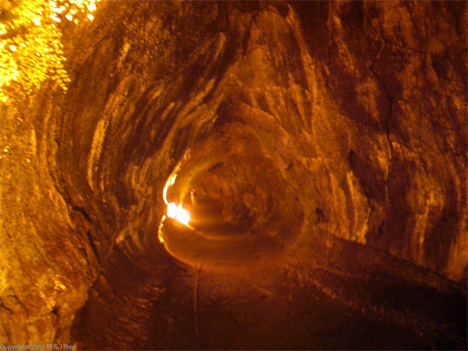 The discovery is exciting because the underground tunnels would be the perfect location for future lunar outposts. Taking the mission underground would shield astronauts from space radiation, wildly fluctuation lunar temperatures, and falling meteorites. Unfortunately, it’s not a sure thing yet. Most similar lava tunnels on Earth, like Thurston lava tube above, are full of boulders and debris that have to be cleared away before the tubes can be explored. Astronomers aren’t getting their hopes up about the lunar tunnels just yet, reminding us that they’ll likely need to undergo extensive excavation before humans can utilize them for shelter.