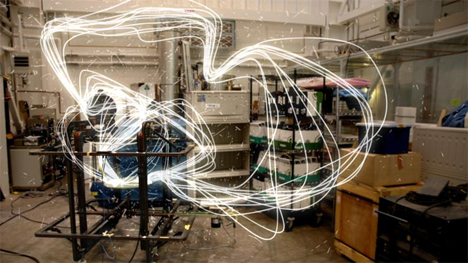 Magnetic fields surround us invisibly, though we don’t often think of them being there. Filmmakers Ruth Jarman and Joe Gerhardt (as Semiconductor) wondered what magnetic fields might look like, and they set out to animate their spirited dance. Their short film “Magnetic Movie” was filmed at the NASA Space Sciences Laboratory at UC Berkeley. VLF (very low frequency) recordings are paired with audio of space scientists discussing their findings about planetary and solar magnetic fields.

Magnetic Movie from Semiconductor on Vimeo. 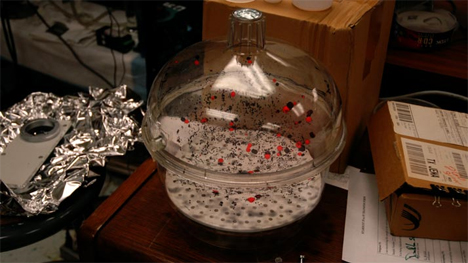 But the visual portion of the film is what makes it so remarkable. The whistles, pops and various noises captured by the VLF recordings are animated with a sense of humor. The pictures bring to life perfectly the fields described by the scientists, and the shapes twist and dance in sync with the VLF recordings. Altogether, it’s a surreal 4.5 minutes watching something that the human eye wouldn’t normally be able to detect. 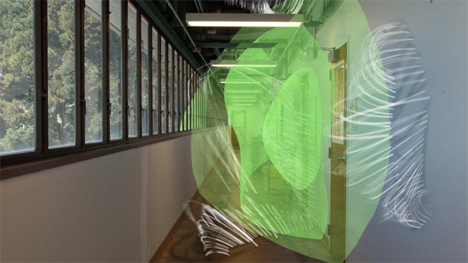 The magnetic fields look alternately like caged animals, wild elemental spirits and ever-changing children’s scribblings. But somehow, they seem to capture exactly how we would picture them…if we’d ever thought to imagine how dancing magnetic fields would look. The award-winning film was purchased in 2008 for the permanent collection at the Hirshhorn Museum in Washington.