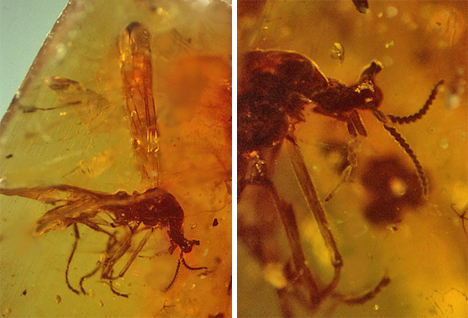 Remember the bug in Jurassic Park that was so well-preserved dinosaur DNA could be extracted from it? Well, science isn’t bringing monsters back to life just yet, but it is getting a glimpse of what prehistoric insects looked like. This bizarre-looking fly was found perfectly preserved in amber that’s anywhere from 97 million to 110 million years old. It once lived in the jungles of Myanmar, and it resembles a modern-day fly. Except, of course, for the freaky unicorn-style horn sticking out of the middle of its head. 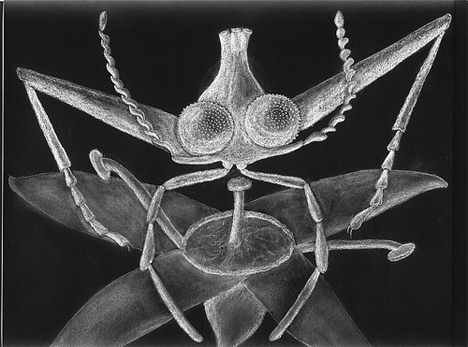 The appendage is unlike anything entomologists have seen before. The head-stalk has three tiny eyes on the end of it, probably to help it identify predators. The fly shows other bizarre evolutionary anomalies, like extremely long legs, oddly-shaped antennae and very small vestigial mandibles. (Above is an artist rendering of what the fly may have looked like in life.) Scientists call it an “evolutionary dead end.” But the Oregon State University article makes a very good point: wouldn’t this little guy make the most terrifying Halloween costume ever?