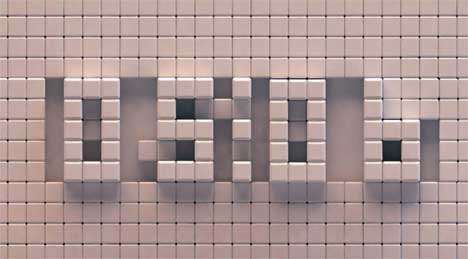 While some people prefer digital clocks, others swear that analog clocks are much more aesthetically pleasing. These two concepts combine the best features of both: the ease of reading that comes from a digital display, but the simple beauty and elegance that only an analog clock can provide. The above clock from designer Hye-Yeon Kim is simply called “Digital and Analogue Clock.” Its lighted blocks slide in or out depending on which numbers are displayed on the face. The designer explains that watching the clock change from one time to another, and the pieces slide around, provides the viewer a “visual delight.” We can’t judge just how delightful it is, though, since it’s just a concept at the moment. 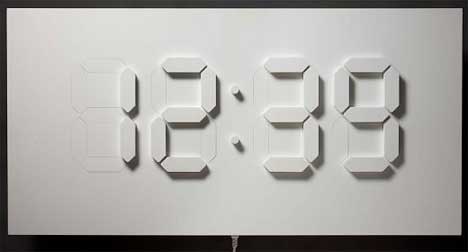 This clock, however, has actually been built – if only as a proof of concept. Design student Alvin Aronson came up with this clever play on the digital clock using a concept similar to the one above, but a bit simpler. The clock works just like any digital clock, except that instead of the appropriate number segments lighting up, they slide out of the clock’s face.

The slow, gentle way the segments slide in and out of the face is almost hypnotizing. The whole project was completed using wood and Corian along with custom-built machinery. Too bad for everyone in love with this clock, it was the only one Aronson made.

See more in Clocks & Watches or under Gadgets. February, 2010.