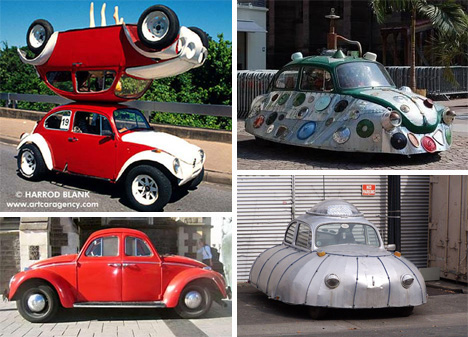 The Volkswagen Beetle is one of the world’s most recognizable vehicles. And with its iconic shape, incredible staying power and huge fan base, it’s also one of the most modified. Some people choose to modify their Beetles to make them more efficient, to help them get around in harsh weather or terrain, or to otherwise make them perform better. And others just have fun with their mods. 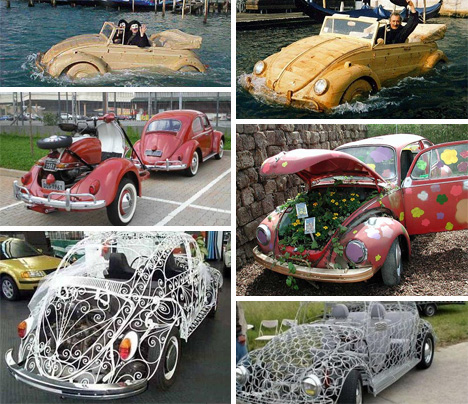 There’s a wide array of VW mods out there, and many of them are so wacky you wouldn’t think anyone would ever attempt them. One common theme is using the Bug as a planter, or allowing grass to grow over the entire body; this is a link to the Beetle’s image as a “hippie” car. But just as common is putting monster tires on a Bug, turning the adorable little car into an off-roading machine. 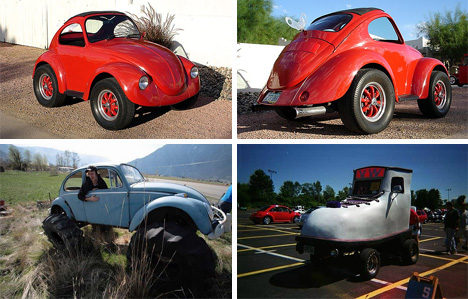 The “cute” factor isn’t lost on those VW owners who turn their Beetles into animals or who make their little cars into something equally adorable. Covering a Mustang in fake fur wouldn’t seem right, but for some reason it seems only natural to do the same to a Bug. 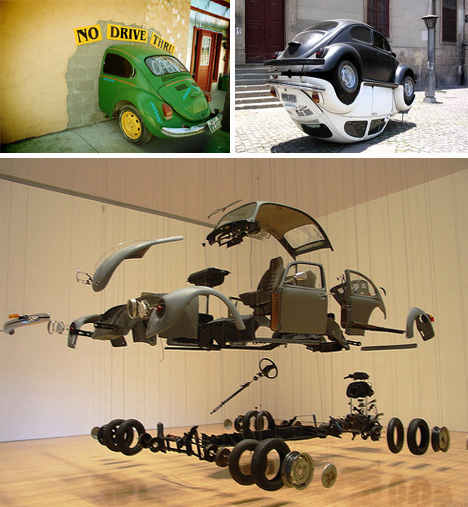 Then there are the mods that make some VW Bugs more art than car. These little autos may be out of service, but that doesn’t mean they can’t be enjoyed. They’ve been given a new life as objects to be admired and, sometimes, puzzled over. 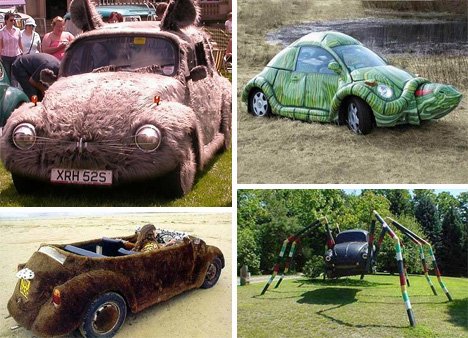 Whether they’re functional or stationary pieces of art, modified VW Beetles can be found all over the world. And with the more recent New Beetles seemingly spawning in cities everywhere, we probably won’t see an end to this trend anytime soon.

See more in Mods & Custom or under Transportation. January, 2010.