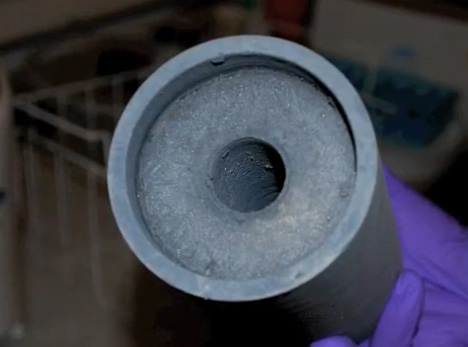 For as many great things as the space program has brought us, it isn’t exactly environmentally friendly. Each space shuttle flight releases about 230 tons of hydrochloric acid in its exhaust; that’s a lot of pollution going into the atmosphere. Researchers at Purdue University are looking into a way to make rocket fuel out of water and aluminum. More precisely, nanoscale aluminum powder mixed with water and frozen. The propellant, called ALICE (aluminum-ice) could be used to launch spacecraft in a more environmentally friendly way.

The team has already launched a 9-foot-tall rocket, seen in the above video, which reached an altitude of 1300 feet. Researchers hope that, because of the easy portability of the fuel, the formula could be used to manufacture fuel on the Moon, Mars or other bodies in space that feature water. Making the fuel for the return trip, rather than carrying it on the craft, would greatly reduce the cost of space missions. 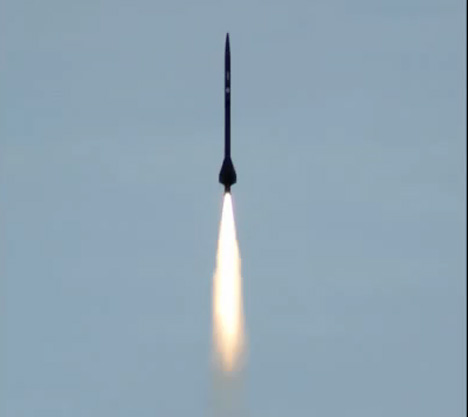 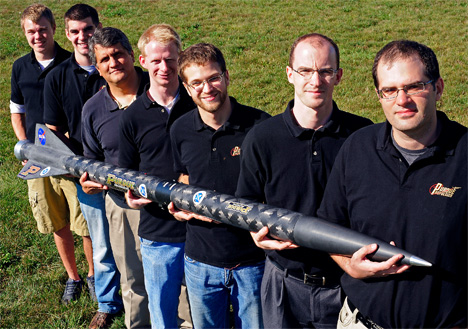 The success of the fuelÂ  comes down to the tiny size of the aluminum particles; using nanoscale particles means that they can combust more rapidly and uniformly than larger ones. Currently, the fuel needs to be frozen – both to give it a solid physical form and to ensure that it doesn’t degrade before use – but researchers are working on a way to create a similar gel formula. The gel formula may be used in hydrogen fuel cells, giving it a much wider range of use.