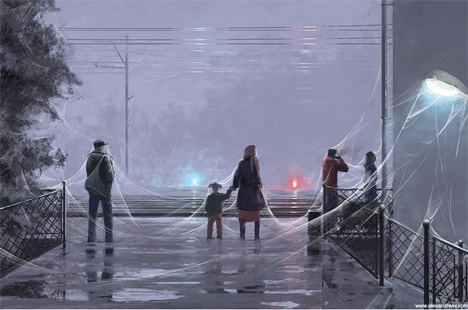 The fantasy work of Russian digital artist Alex Andreyev certainly isn’t of the hearts-and-unicorns variety. His surreal art often displays a decidedly dystopian overtone; at other times, he shows us a hundred disturbing alternate realities. But he is, at all times, skilled at bringing out some of our most primal reactions.

In his Metronomicon series, Andreyev has created some delightfully disturbing alternate images that begin with photographs. From the beautiful imagining of torches replacing escalator lights to the worrisome image of head-mounted cables controlling commuters, the series brings to life a slice of an impossible fantasy world. 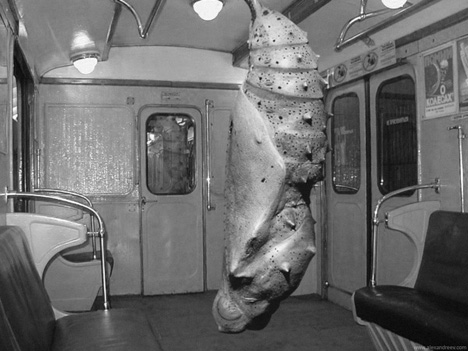 Outside of the Metronomicon series, all of Andreyev’s art is digitally created. After having experimented with more traditional forms of creating his art, Andreyev decided that digital was the method that made the most sense to him. He enjoys the freedom that comes with using Photoshop and Corel Painter because he is less limited by the tools themselves. 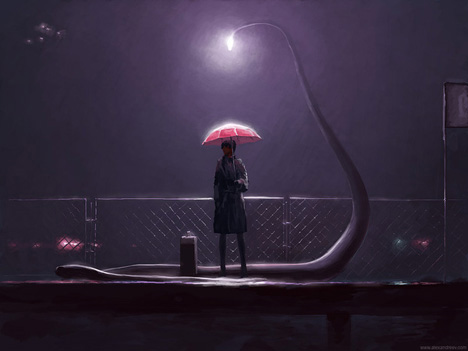 Although he uses digital means to achieve his vision, Andreyev says that he sticks to the very basics of the programs he employs. No special filters or other “fancy stuff.” He does this both to achieve stylistic consistency and to allow himself the freedom to express his ideas rather than worrying about the technology.

See more in Digital Design or under Technology. January, 2010.