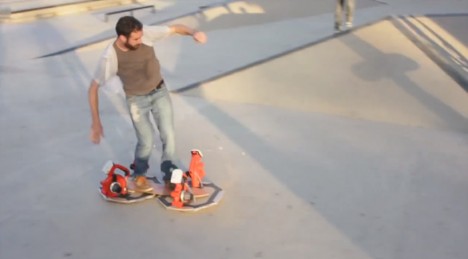 When you have a dream, no matter how impossible or illogical it sounds, you just have to go for it. Ryan Craven had a seemingly impossible dream: to build an affordable, fun, practical, working hoverboard by the end of 2014. He spent the entire year creating and refining more than a dozen designs before he came up with one that met all of his criteria. He calls it Mr. Hoverboard. 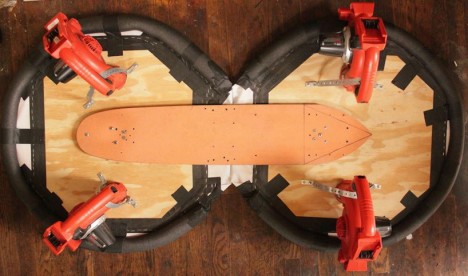 The working prototype consists of two round wooden platforms and part of an old wooden ski he found on the side of the road. Four leaf blowers provide the air which fills up a skirt with strategically placed holes. The air rushing through those holes creates a small cushion between the hoverboard and the ground, allowing you to glide around on any flat surface. 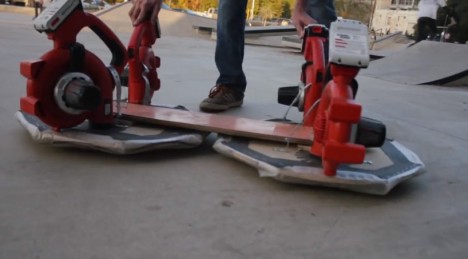 The resulting craft is loud – really loud. Craven says that future versions of Mr. Hoverboard will hopefully be quieter as he improves the air flow functionality. Another goal is to make it work over water as well as hard surfaces. As it is at the moment, it looks pretty amazing and Craven says it’s crazy fun to ride.

The next step in bringing his highly unusual dream to life is getting together other hoverboard enthusiasts in Austin, Texas, where Craven lives. He hopes that he can tap into the hive mind to build a better hoverboard that anyone can ride. Until then, makers and DIYers can build their own for about $250-$500 (depending on the materials you use) from the plans on the Mr. Hoverboard site.

See more in Do It Yourself or under Technology. January, 2015.