10,000+ Subscribers
War of the Words: US Army Developing “Telepathy Helmet” 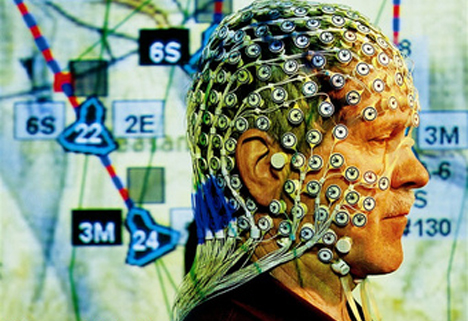 What was once the worst fear of every paranoid person out there may well become reality soon enough for the US military. In 2008, the Army awarded a $4 million contract to a team of scientists from three American universities. The goal of the project is the development of helmets that will read and transmit soldiers’ thoughts to each other without the need for vocal interaction – sort of like a radio without a microphone. It may sound like science fiction, but crazily enough, it’s entirely possible. Brain-computer interaction is currently being developed to help paraplegics type, and there is even a commercially available gaming headset controlled by brain waves. 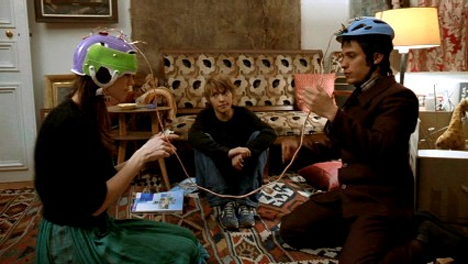 The military system would have to be significantly more complex than a video game-based system, though, and as a result it probably won’t be available for another decade or so. The developers first have to work out how to decode the brain activity associated with speech. At first, the messages from one soldier to another would be rendered in a robotic voice. The Army hopes that eventually, the message can come in the soldier’s own voice and even indicate his position and distance from the recipient, just as if he were actually speaking. 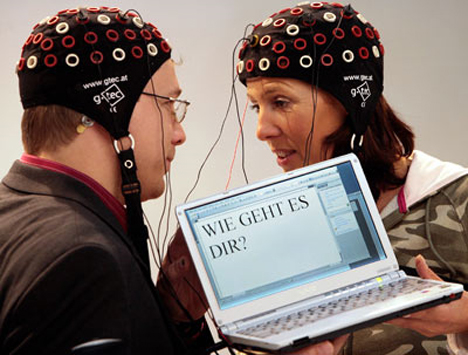 There doesn’t seem to be much reason for the paranoid among us to worry about the military reading our thoughts. The scientists involved in the project insist that you have to be willing in order to transmit a message, and even then it takes some effort to do so. With the huge increase in battlefield security that a device like this could offer soldiers, it’s hard not to get behind it. But when it’s marketed as an add-on for your cell phone, it might be time to get the tin foil hat out.

See more in Science Fiction or under Science. October, 2009.