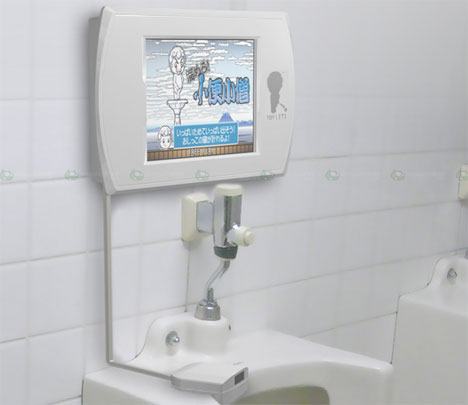 Peeing in public is about to get a lot more fun – if you’re a guy, that is. Sega is venturing into the urinals of Japan with their new bathroom-based gaming consoles called Toylets. The consoles, which will be free to play, will feature a variety of games which range from the benign to the truly weird. The controller in all of the games is the user’s stream of urine. 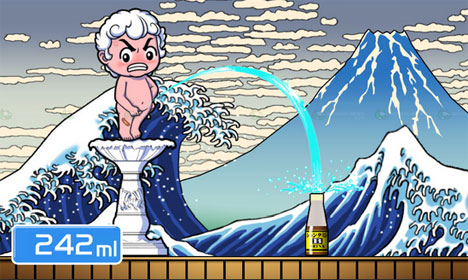 A pressure-sensitive plate is embedded in each urinal to detect the length and strength of each player’s pee supply. The stream becomes an integral part of the game: in one, the on-screen play simply measures the player’s output. In another, the stream acts as a pressure washer to scrub graffiti from walls. A game called The North Wind and Her is a little more misogynistic, using a strong stream of urine as the north wind which is trying its best to blow a girl’s skirt up. Milk From Nose compares the strength of a user’s urine stream with the previous player’s: two sumo wrestlers try to push each other out of the ring using milk they blow out of their noses. The stronger you can pee, the stronger the milk stream from your character’s nose will be. 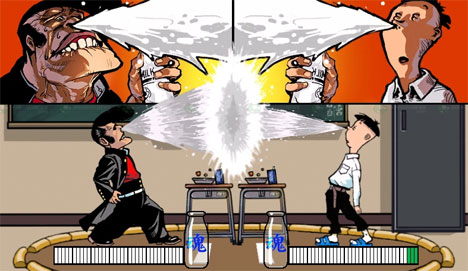 Players who earn particularly boast-worthy scores can insert a USB stick into the console to download the data and later show off to friends. The game screen can also be used to display advertisements either before or after the game. While we’re highly disturbed by the prospect of a touch screen anything in a bathroom, we’re guessing that giving men something to aim for in the urinals will result in much, much cleaner public toilets.