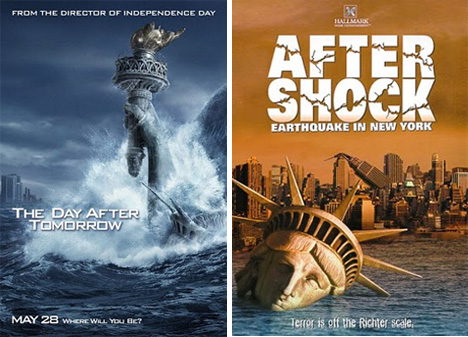 For those of us who grew up in America, there are few things more iconic than the Statue of Liberty. The statue’s image is known all around the world as a symbol of the United States, and as such it’s been the subject of more than a few pop culture references. Particularly prolific, especially in sci-fi, are the post-apocalyptic visions of what will happen to the statue after the world changes dramatically. 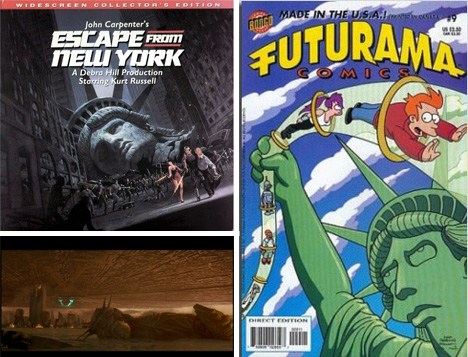 These images were compiled by Gerry Canavan from a seemingly limitless supply of movie, TV, and literature references to a ruined Statue. It seems that the trend was already gaining steam as early as the 1940s and 50s, and from there it’s only continued to grow. Lady Liberty has been subjected to alien attacks, massive wars, the wrath of monsters, and centuries of neglect. 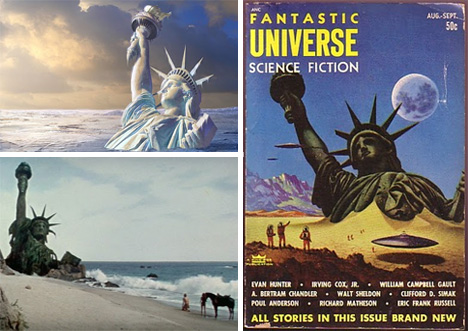 One of the best-known and most frequently referenced example is in the 1968 movie Planet of the Apes. After suffering at the hands of primate captors on what he thinks is an alien planet, Charlton Heston’s character stumbles across the Statue of Liberty on a beach and realizes that he is, in fact, still on Earth. 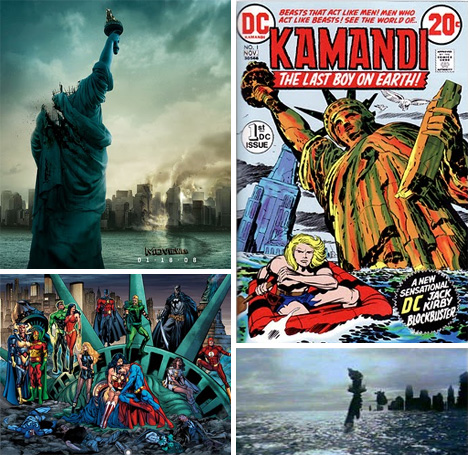 So what is it that makes images of a broken, abused, or just plain demolished Statue of Liberty so powerful? It could be that we see the tearing down of this huge cultural icon as the ultimate sign that things are out of control. Or maybe it’s just a visual shortcut that indicates, without a lot of explanation, that the world as we know it is over. Whatever makes it such an enduring image, it’s pretty likely that we’ll continue to see examples of Lady Liberty in dire straits.

See more in Science Fiction or under Science. January, 2010.