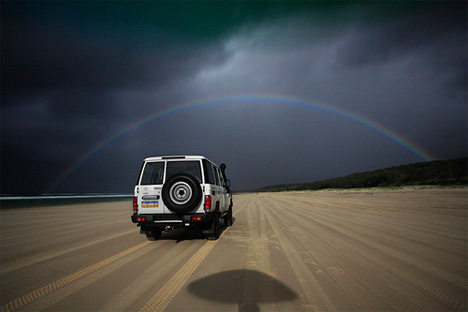 The unique beauty of a rainbow is truly something to behold, but even more amazing is the elusive moonbow. Also known as a lunar rainbow, the moonbow is produced by light reflected off of the surface of the moon rather than the light of the sun. It’s much more rare than the rainbow because a precise set of circumstances have to be met before a moonbow can form. 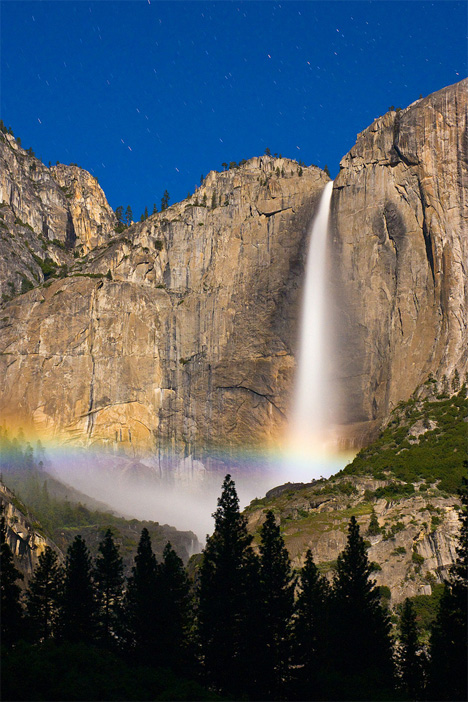 Moonbows appear in the side of the sky opposite of where the moon is at that moment. They’re most visible when the moon is at or near full, because that’s when it’s reflecting the most light. The sky has to be dark, and the moon has to be low in the sky. And, of course, there has to be moisture in the air – either from rain or from a source of mist such as a waterfall. 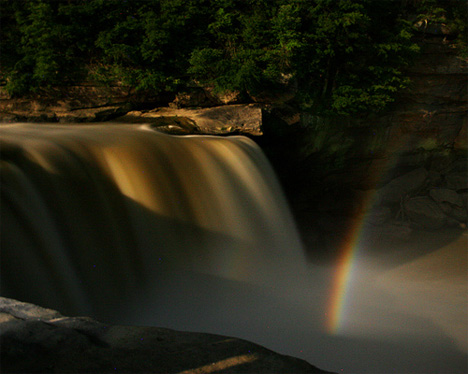 These rare sights are sometimes called “white rainbows” because it’s difficult to see their full range of colors. That’s due to the relative weakness of the light from the moon; long-exposure photographs of moonbows reveal their full, breathtaking colors. 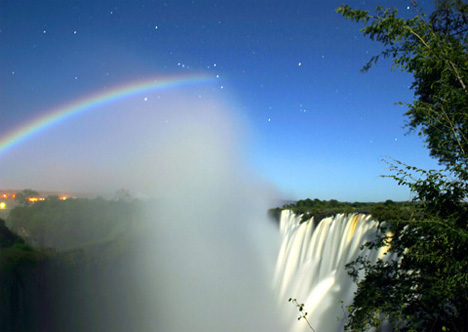 Some places on Earth are better suited for moonbow viewing than others. Victoria Falls, between Zimbabwe and Zambia is a particularly well-noted one, as is Cumberland Falls in Kentucky. While you can see them at any location with exactly the right conditions, these places tend to produce a pretty predictable moonbow viewing. 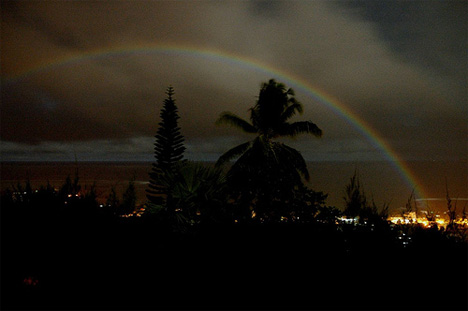 The white or colored halos often seen around the moon, while pretty, aren’t moonbows; they’re lunar halos or coronas. We aren’t sure whether you’d find a pot of gold at the end of a moonbow, but for everyone who loves meteorology and science, spying one feels almost as good as finding piles of treasure.