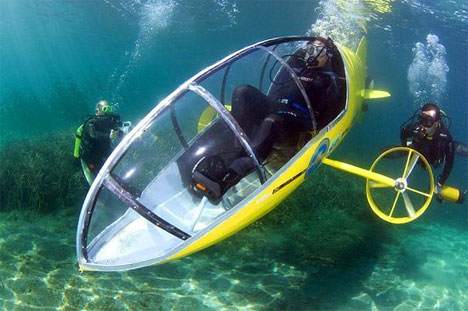 Forget biking to work, or even riding one of those precious paddle boats around the lake with your beloved. The hottest thing in pedal-powered locomotion is this submarine, developed by a group of French engineers and lovingly called the “Scubster.” The 3.5-meter-long watercraft fits one person only and, depending on the fitness level of that one person, can hit speeds of up to five miles per hour. The maximum dive depth is about 20 feet, meaning that you won’t be doing any deep-sea research in it but you just might get to do some interesting shallow-ocean sightseeing. 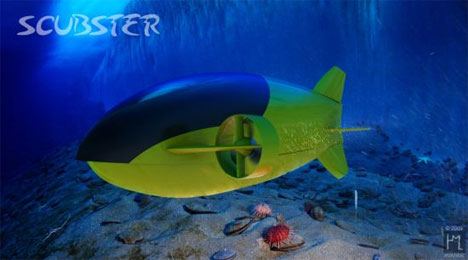 The big drawback of the design is that the driver still has to wear an air tank and mask, just like he would if he was diving without it. But the craft can move faster than a person with just fins, and may (again, depending on the diver’s fitness level) get fatigued less quickly in the craft than without it. 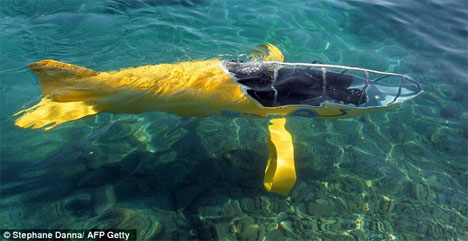 The group that developed the craft thinks that their market lies in the private yacht-owning crowd. And that may well be: they can never seem to collect enough toys. But we’re picturing rental fleets on riverbanks that will let ordinary people see curious underwater sights without a terrible amount of training beforehand.