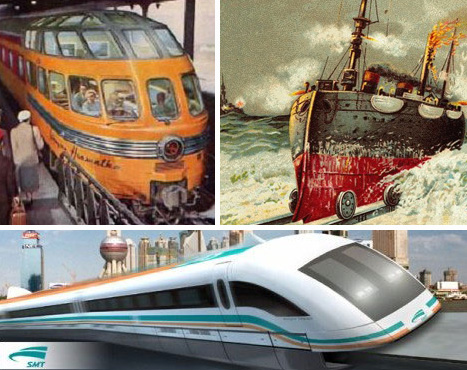 Back before cars became our preferred mode of transport and the train was the king of commuting, there were all sorts of wacky (and not-so-wacky) ideas for the future of the locomotive. It was easy to imagine that trains would always be our primary form of transportation, and that they would evolve into super-futuristic machines. 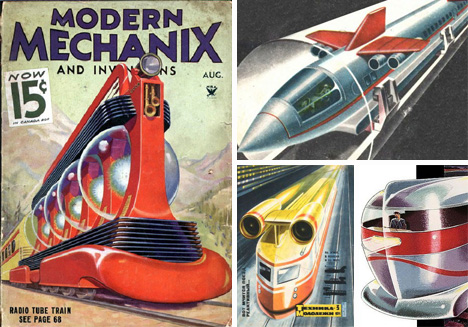 From trains with radio tubes to jet-powered trains, concept artists seemed to have limitless ideas. A recurring theme was, predictably, speed. Passengers wanted to get to their destinations faster, so train designers began thinking of ways to achieve that. 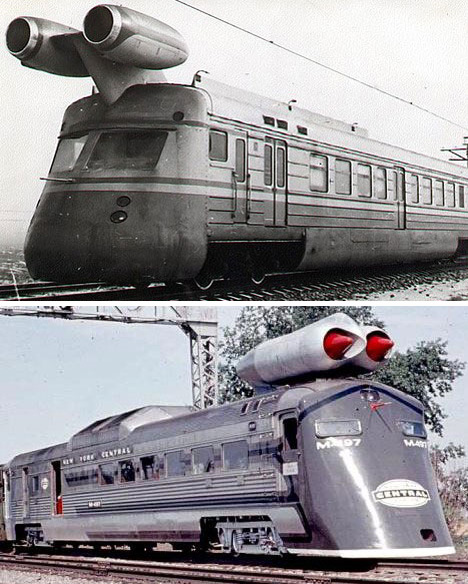 And so were born these trains with the power of jet engines. The top is a Russian train with twin engines from a Yakovlev Yak-40 plane, while the bottom image is an American creation featuring engines from a B-36 Peacemaker bomber. Obviously the combination worked for increasing the trains’ speed; the Russian version was able to get up to 180 MPH, while the American version, the “Black Beetle,” set the American rail speed record of 183.85 MPH. 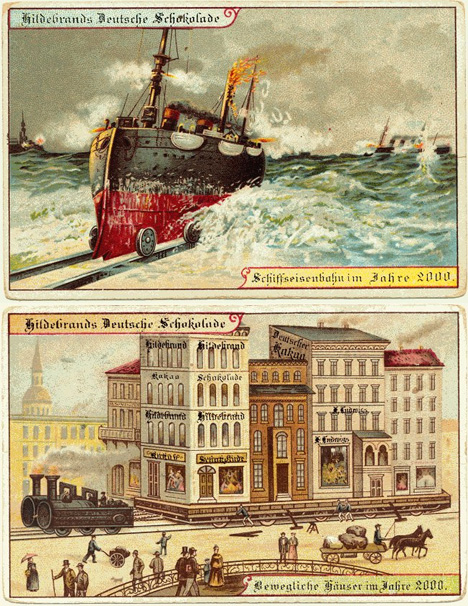 These odd visions of the future are brought to us by the past. Around the beginning of the 20th century, German chocolate manufacturer Hildebrands released a series of cards showing what they thought life would be like in one hundred years. These train concepts are laughably far from where we actually are, but they show just how much faith was placed in the train’s staying power. 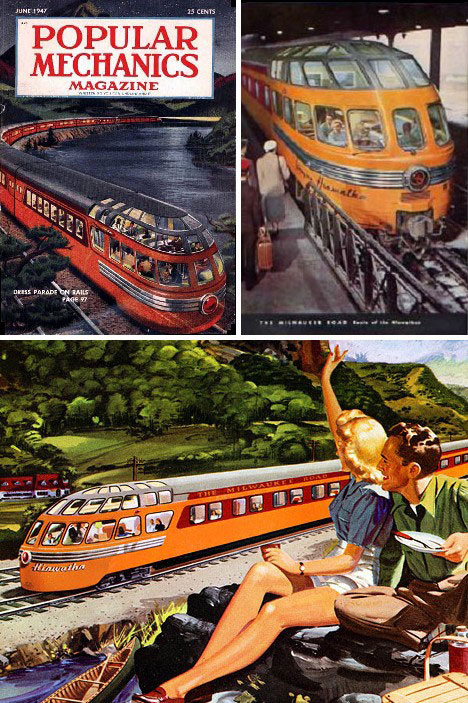 Some unusual train ideas were actually produced. The Hiawatha Olympian Sky Top cars gave riders an unparalleled view as they rode in the train’s glassed-in top. The cars ran on the Milwaukee Road between Chicago and Tacoma from 1948 to 1961 before being purchased by the Canadian National Railway. 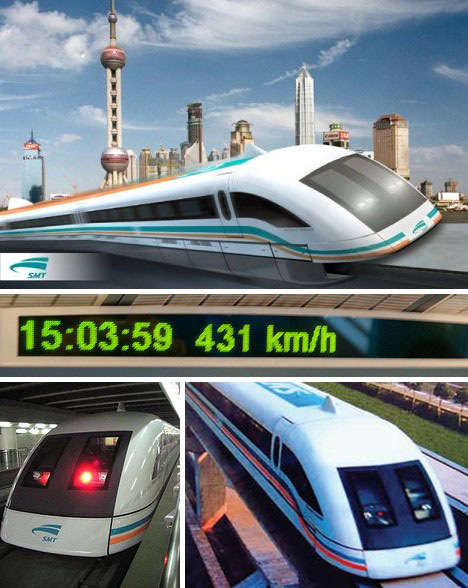 (all images via: WebUrbanist)

While train use dropped off in many parts of the world for many years, it’s enjoying a resurgence with rising environmental concerns. One country that never saw a dramatic drop in train usage is China. Today, the Shanghai Maglev Train is the world’s fastest commercial train, capable of speeds up to 267 MPH. Its futuristic technology allows it to glide along the rails through the modern marvel of magnetic levitation. As modern and techy as the design sounds, the first patent for a maglev train was awarded in 1902; transportation futurists saw this coming from nearly a century away.

See more in Retrofuturistic or under Vintage & Retro. January, 2010.