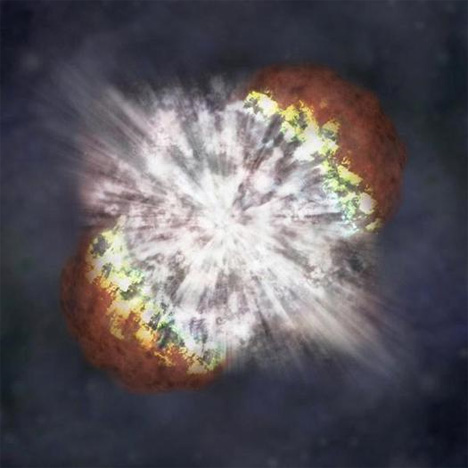 Supernova explosions have long been known as some of the most incredible natural fireworks in the universe, but scientists recently (in 2007) observed one that’s even more spectacular than the rest. It resulted from the death of a star estimated to have been about 200 times the size of the sun. Previously, it was assumed that there was some physical barrier preventing stars from surpassing the 150 solar mass size limit, but this discovery gives strength to the theory that hyper-massive stars do exist. 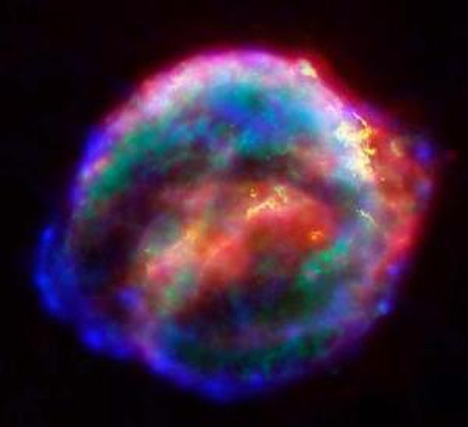 Scientists’ first clue that the supernova, called SN2007bi, was something special was its brightness. At 50 to 100 times brighter than any other supernova, it remained visible for nearly two years after it was first observed – long after other supernovae cease to be visible from Earth. According to observers, it seems to match a theory predicting something called a pair-instability supernova. In this type of supernova, the oxygen core of the star ignites, creating a massive explosion that consumes the entire star. The team’s findings were published in the December 3, 2009 issue of Nature.