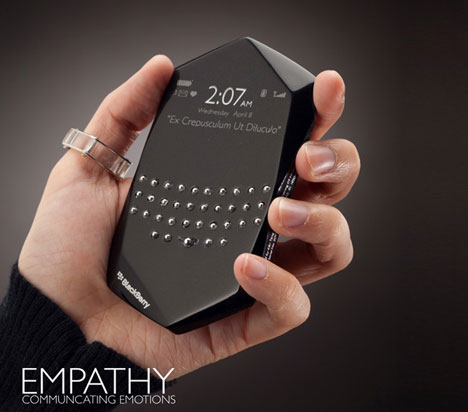 A common complaint about our phone-centric modern communications is that we no longer share real, genuine emotion with one another. Designers Kiki Tang and Daniel Yoon want to put the emotions back into our mobile conversations with the Blackberry Empathy, a concept phone that would combine regular text-based communications with human emotions.

Along with the expected phone component of this communication system, there is an accompanying “biometrics ring” that takes data on the wearer’s mood and emotional well-being. During a conversation, one user would be able to see the other’s emotional state. 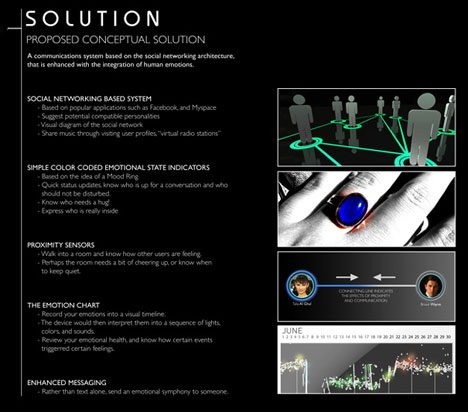 An emotional health chart would also let the user review his or her emotional state over a period of time. This lets users get in touch with their emotions and determine if they tend to feel excessively unhappy whenever speaking to a certain person – since it’s sometimes hard to tell without outside help. Users could allow other people to see their charts as well, therefore effectively sharing their feelings with anyone who is interested. 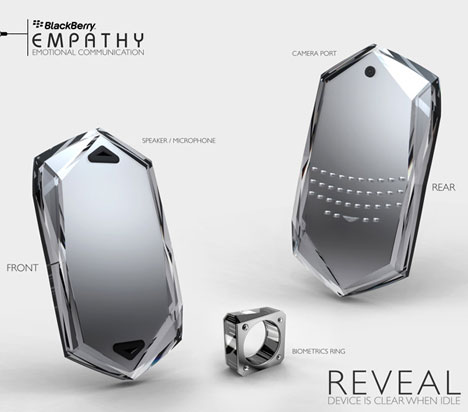 The phone itself is super-sleek and futuristic looking. The touch screen covers the entire front of the phone, while the back features a keyboard. The OLED phone becomes transparent when it’s not in use. The awesome concept may be a great help for people who have trouble communicating their emotions but want to look cool while they’re sharing.

See more in Phones & Mobile or under Gadgets. December, 2010.