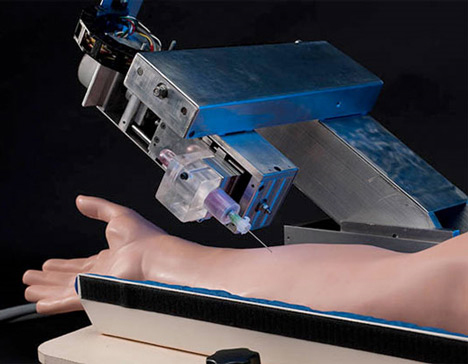 We’re fully aware that the Bloodbot, developed by the Imperial College in London, is supposed to be helpful. We know that robots that can draw blood would probably be very useful if, say, every phlebotomist in the world were at a convention or the person having blood taken was dangerously radioactive. But that doesn’t stop us from involuntarily shivering at the sight of this thing. It is a robot that removes blood from your body. How can that not be scary? But according to its human masters, the bot is both helpful and non-deadly. 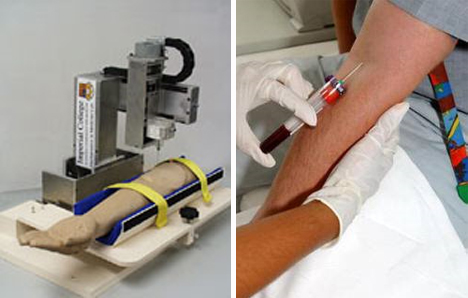 The Bloodbot works by pressing a probe onto the subject’s skin to identify the position, shape and size of the vein. It then inserts its needle into the suitable vein, and before it can overshoot (come out the other side), its controls stop it. The device has been tested on fake limbs that contain simulated veins, and it’s achieved great success. In theory, the Bloodbot has some real advantages over human blood-suckers. But the most terrifying part of the college’s literature on the Bloodbot is regarding the rate of success on the devices one human test subject: “the vein was located correctly about 78% of the time.” That means that 22% of the time it totally missed. We’ll stick with the meatbag phlebotomists for now, thanks.