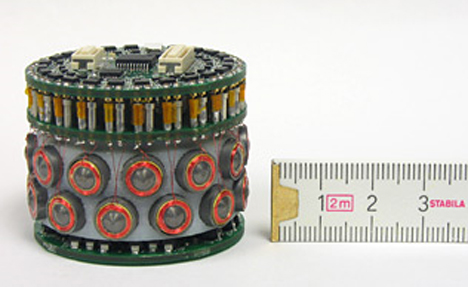 If there’s one thing that can make us squeal like excited little girls in pigtails, it’s nanorobotics. It may not sound like the most thrilling cross segment of science, but nanobots can go anywhere. They can do almost anything. They can reconstruct parts of a damaged human body, perform microscopic surgical procedures, manipulate our environment, build machines – the list goes on and on. And one of the more thrilling possibilities is programmable matter, or items that change shape and function based on what you need them for. Believe it or not, we’re probably no more than a few years away from seeing programmable matter items become an everyday reality.

The technology is called claytronics, and it basically involves using itty-bitty robots as building blocks – or three-dimensional pixels, if you will. The building blocks themselves are called claytronic atoms, or “catoms” for short. The Intel Research Center team working on the project is aiming to make the tiny bots just 100 microns across, or about one-tenth of a millimeter. That’s crazy-tiny, but still allows plenty of room for a “brain,” some data storage and sensors to let the bots interact with each other and their surroundings. 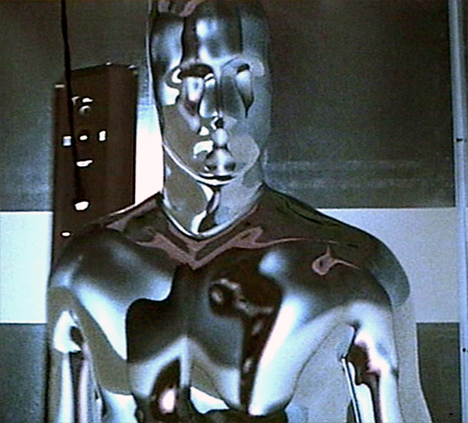 The catoms will be able to take on any shape when programmed to do so. They can morph on command, connect with other catoms, change color, and completely shift their configuration to suit the user’s will. The possibilities for this technology are nearly endless – though we prefer to think of the benign possibilities (like hand-held computers that morph into legwarmers) rather than the scary ones (like a big freaking T1000 bent on world domination or something). So far, the best realizations of claytronics have been two-dimensional and rather boring. But they will soon get smaller, smarter, 3D-er, and much more capable. And when they do, they’ll make their way into hospitals and medical equipment before finally becoming affordable and versatile enough for consumer products. We’ll be holding our breath like spoiled little schoolgirls until then.

See more in Futuristic or under Technology. November, 2009.