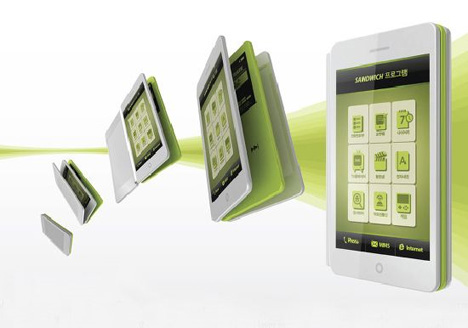 This design is a departure from most other phone/mobile device designs out there. Rather than trying to cram the functionality of several different devices into the same set of controls and the same display, it features three devices on three different levels. It’s called the Sandwich Phone, and it’s exactly how it sounds: three devices sandwiched into one. 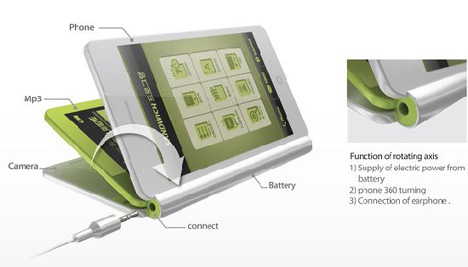 The Sandwich Phone’s axis is the key to its functionality. The small cylinder connects the three layers, allows them to rotate 360 degrees and contains the rechargeable battery, speaker and headphone jack. Layered into the rotating leaves of the gadget are a phone, an MP3 player and a digital camera. 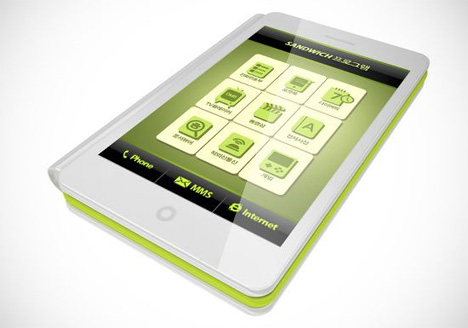 Why is this approach any better or more convenient than one device that performs all of these functions without changing its shape? For some people, the more traditional all-in-one mobile gadget will probably still be their go-to communication solution. But for those who can’t seem to master switching between functions on one machine, this might help make life just a little easier. 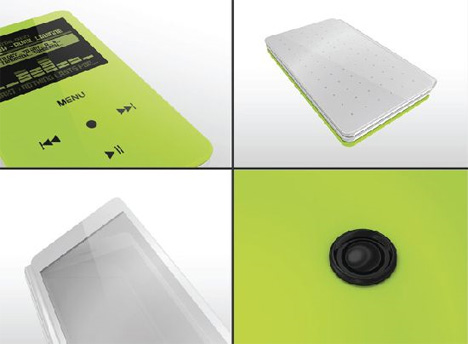 The Sandwich Phone concept was developed by South Korean designer Yeongwoo Kim to reduce the clutter in our pockets and purses. The phone features a touch screen, which probably is not the simplest option if the designer hopes to attract people who can’t handle typical multi-function devices. But overall, the design is a novel one that could develop a following among those who enjoy streamlined gadget interfaces.

See more in Phones & Mobile or under Gadgets. September, 2010.