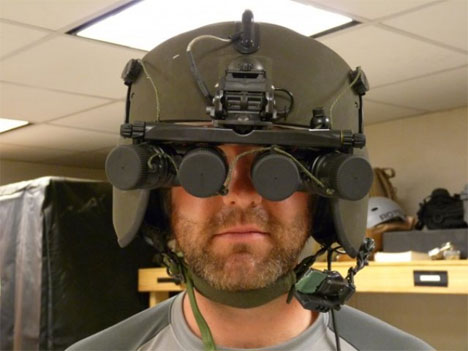 Giving American soldiers every possible advantage on the battlefield is obviously a priority for the Pentagon. They are even willing to go so far as to create a device that will give soldiers Terminator-like vision. The Soldier Centric Imaging via Computational Cameras (SCENICC) is a concept being developed by DARPA, the Pentagon’s crazy sci-fi invention branch, that is meant to bestow a 360-degree enhanced field of vision on troops. 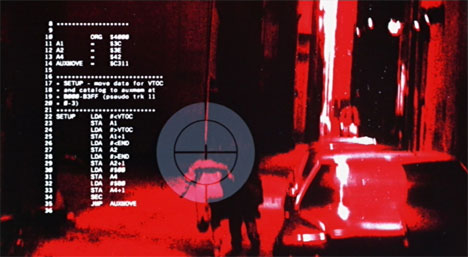 The system will include multiple cameras that will capture everything going on all around the wearer, letting him see what’s behind him and on all sides with a wearable eyepiece. But just seeing is not exactly revolutionary…so this gadget will also offer hands-free 10X zoom, computer-enhancement, object recognition, targeting assistance and projectile tracking. That means that, like the Terminator, U.S. soldiers will be able to use their enhanced vision to find, identify and lock onto a target. 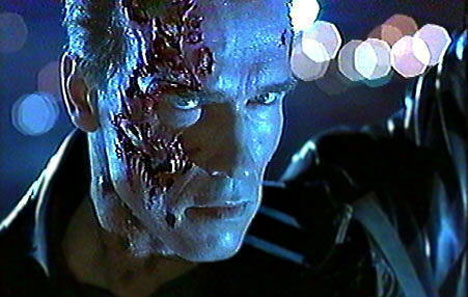 But the enhanced vision won’t stop at what the individual soldier can see. The SCENICC will be networked, giving each soldier the ability to see what other soldiers and even unmanned vehicles are seeing. The system is firmly in the development stage right now, with a prototype still several years off. But given the cutting-edge technology that needs to go into a networked, lightweight, 360-degree viewing machine, a few years doesn’t seem like a very long wait at all.

See more in Unbuilt Concepts or under Technology. December, 2010.