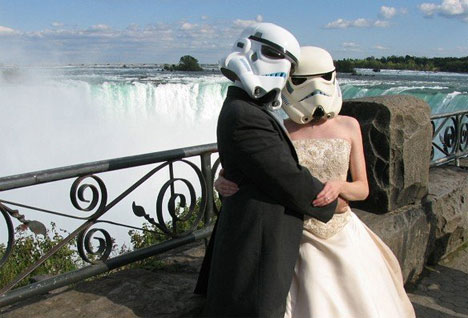 There is nothing sweeter than a couple in love…unless it’s a nerdy couple in love. Self-described geeks Red and Jonny document their marriage through a series of photographs depicting both of them in Stormtrooper helmets, a tradition that has gained them a strong Internet following and a certain amount of geeky fame. 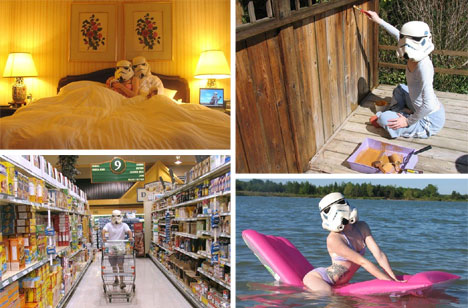 The practice of snapping Stormtrooper-disguised pics of one another started on Red and Jonny’s honeymoon. They discovered a Stormtrooper helmet at a toy show, put it on Red’s head and started taking the impromptu portraits. 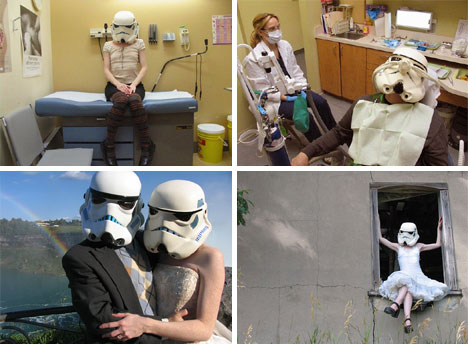 Eventually, both halves of the couple had their own helmet and both were starring in the hilarious pics. Everywhere they went, Red and Jonny began documenting their adventures with the helmets on. 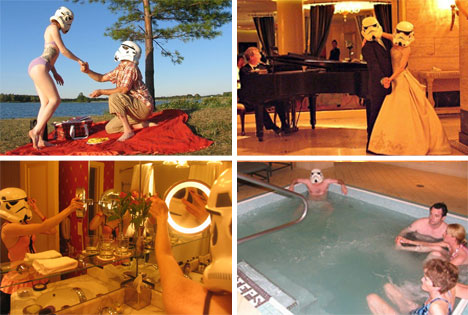 At first, the photos were just for friends, family and the newlyweds themselves. But after a while, their Flickr stream started showing up on all kinds of social networking sites as lovers of all things geek began sharing the ridiculously romantic photo series. 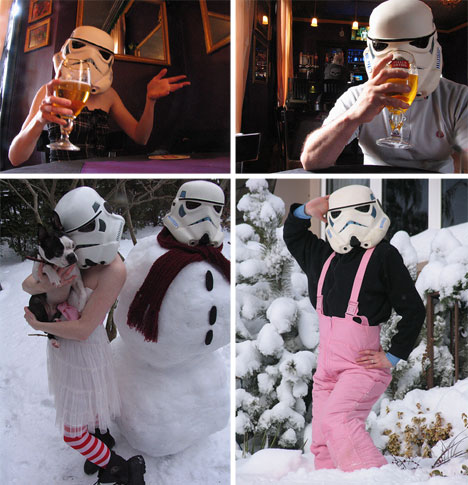 The series has been growing since the couple’s wedding in 2006, and today they’re recognized by fans wherever they go. Whether they’re on vacation or visiting a toy show or Comic-Con, people who have seen their Stormtrooper photos online call them out by name. 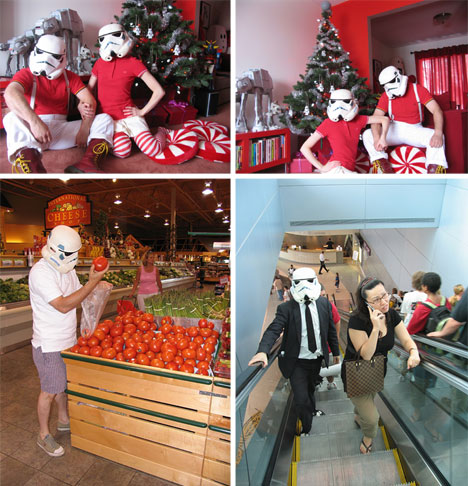 The unconventional photo series has even made a geeky dream come true for Jonny: the couple was interviewed by Star Wars Magazine. And even after all this time, the pair seem to be as much in love as they were when that first fateful Stormtrooper portrait was snapped.

See more in Art of Tech or under Technology. December, 2010.