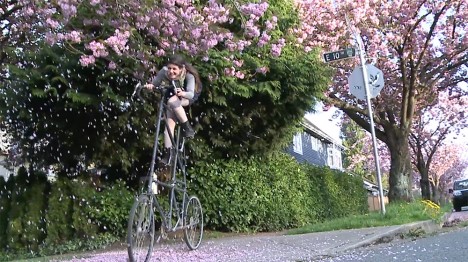 Some cyclists seem obsessed with riding higher and higher, and for those who enjoy the creative genius behind those bigger bikes, this film gives viewers a window into the world of their creation and use.

This extended teaser enters the world of the Zenga Bros of Vancouver who were taught to be creative at a young age and follow a lifestyle with three intersecting tenets called the “Three Beans: Create Everywhere, Redeem Everything, and Be a Fool.” 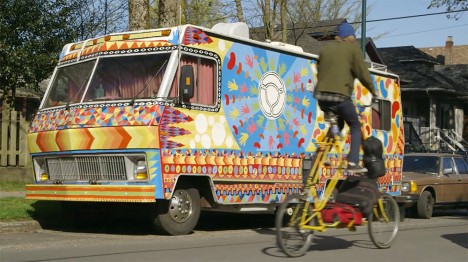 Discovering super-tall bikes back in the early 1990s, they became obsessed and started making their own wild versions, then documenting the works of others through photography and film. 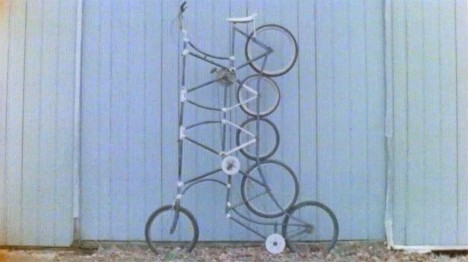 As the video and images illustrate, it is not just about getting up above the fray, but in some cases can be a way to pack two people onto an odd-shaped cycle, or stack multiple bikes to create some kind of monstrous hybrid. 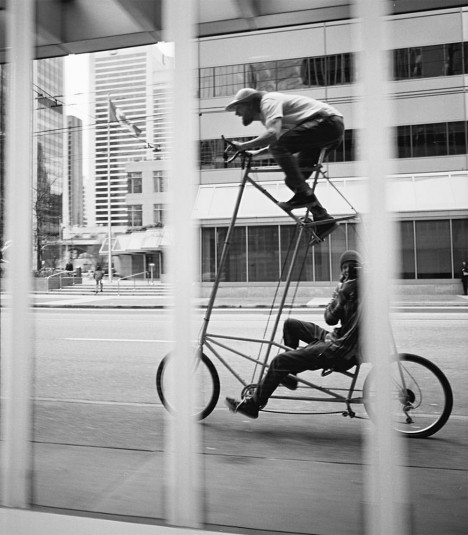 The film’s trailer premiered as part of the 2016 Tribeca Film Festival in New York.

See more in Bikes & Cycles or under Transportation. August, 2016.