Some types of firefly will synchronize on their own, but following their natural rhythms. By introducing fakes into the mix, the pair of artists tricked a huge group into following their cues, pulsing in controlled patterns and sequential clusters. 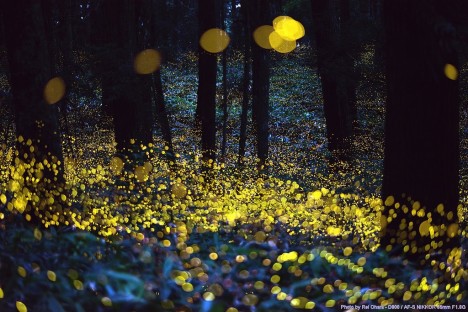 “Synchronicity (Thailand) is a video documentation of an experiment where live fireflies are made synchronise their flashes to computer controlled LED’s. Throughout the video the artists explore the relationship between mathematical models of this complex group behaviour and their biological reality in the field. By influencing living fireflies with computer controlled lights they question the idea of free will and simultaneously transform a machine into a living actor inside a colony of insects.”

See more in Weird Science or under Science. August, 2016.