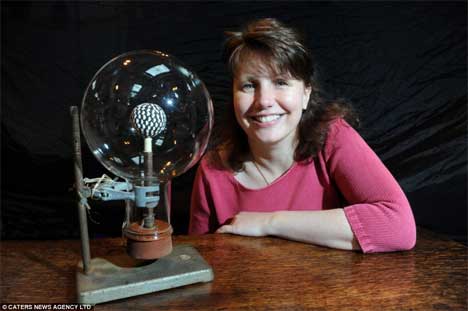 The power of the sun has been used since the dawn of time, but it wasn’t until the late 19th century that the first solar cell was created. The device, made by Charles Fritts, utilized the photovoltaic effect – but not well enough for it to be effective. In 1946, Russell Ohl patented a solar cell that would be far more effective, but it’s not known if he actually produced a working model. Instead, the first known working solar panel was built by a British science teacher in 1950 to prove that Ohl’s idea could, in fact, produce a functional energy-generating device. The inventor, who hasn’t been identified by name, was ridiculed by friends and colleagues when he insisted that Ohl’s theory would work to make electricity from the sun. He labored for hours to create the device, seen above, based on Ohl’s patent. The simple solar cell still works today and can produce 1.5v of electricity, which is comparable to a modern watch battery. 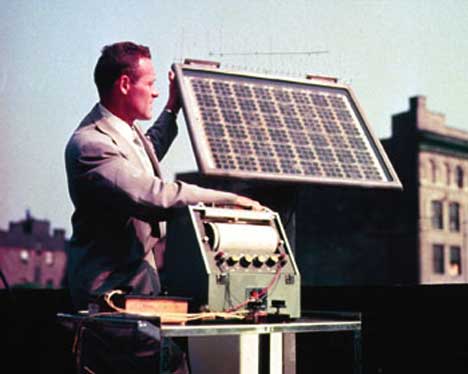 But even more amazing is what happened to the device after it was built. After the inventor proved to himself and those around him that it could be done, the device was simply put into a box and forgotten about for six decades. Earlier this year, a distant relative of the inventor sold the device to an antiques dealer – and that’s how it ended up being displayed in England’s popular Antiques for Everyone event. The solar panel is thought to be the earliest surviving example, outdating even the ones created by Bell Laboratories in the mid-50s, similar to the one shown above.