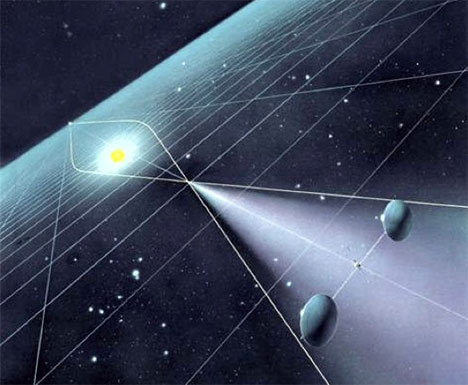 Forget the debate over 3G and 4G – the Next Big Thing in telephone communication is going to be so big it’s intergalactic. Currently, sending and receiving communications over unimaginably huge distances (say, around 10 billion kilometers or so) in space is hindered by the universe’s background noise, a radiation thought to be an ongoing echo of the noise made when the universe was born. According to some scientists, this might be why we haven’t yet heard from alien civilizations. But future humans may be able to communicate across the universe without worrying about the intergalactic background noise thanks to a currently-conceptual “telephone” that would use the sun as a magnifier. 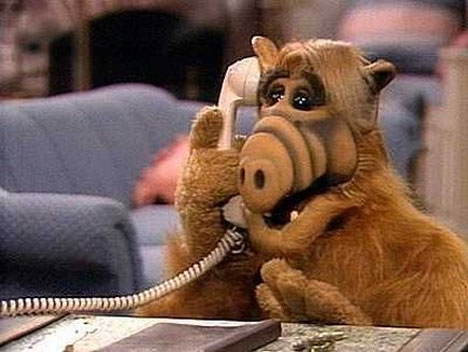 More accurately, the sun’s gravity would create a magnification effect for a communications array situated about 550 astronomical units from the sun. At that point, light rays which are bent and manipulated by gravitational lensing come together. The lensing effect could be harnessed by a communications array to send messages from Earth to the furthest reaches of space – but of course, there is a catch. There would have to be not only a transmitting array, but a receiving array as well. With our nearest neighboring star 4.37 light years away, our measly Earth-created space travel technology is still (literally and figuratively) light years away from being able to place anything that far away in space. At some point in the future, though, humans may be able to ask “Can you hear me now?” from unimaginably far reaches.