10,000+ Subscribers
Strength in Numbers: Is This the World’s First Math Lesson? 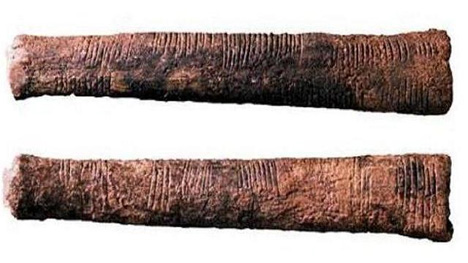 Is this scratched-up ancient bone the world’s oldest mathematical object? According to archaeologists, it could represent mankind’s first attempts to bring order to their world through mathematics. Known as the Ishango bone, it was discovered in 1962 in the area formerly known as Zaire. Initial estimates suggested it was between 6000 and 9000 years old, but further study aged the bone at around 20,000 years old. What appeared to be simple scratches in the bone’s surface were, upon closer inspection, columns of figures that could be an early math lesson. 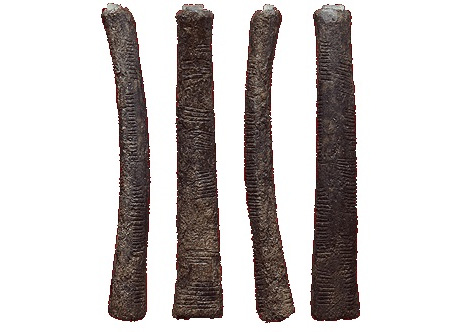 The bone’s three columns are like a primer of pre-historic calculations. One group of notches contains only prime numbers. Another appears to contain a lesson in doubling and halving numbers: 3 and 6, 4 and 8, 5 and 10. The number of figures in each column is a multiple of 12. Some scientists claim that the mathematical significance of the numbers is only a coincidence and that the notches were merely tallies or meant to provide traction for gripping the bone. Others believe the bone was a crude lunar calendar or menstrual record. But for mathematically-minded people who look for patterns in all numbers, the mysterious Ishango bone seems far too ordered to be a coincidence.

See more in Antique Gadgets or under Vintage & Retro. June, 2011.