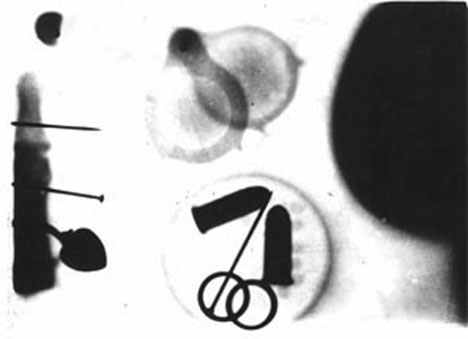 X-rays have had a powerful place in the history of medicine, saving countless lives over more than a century. Dr. Henry Louis Smith is largely credited as popularizing the X-ray in America, but what many people don’t know is that a group of sneaky students actually beat Smith to his own breakthrough by producing the first American X-ray image on Smith’s equipment without his knowledge or consent. After reading about German physicist Wilhelm Conrad Roentgen’s discovery of X-rays, Dr. Smith planned to replicate the experiments in his own lab. He made the mistake of telling his students about his plans, though, and three of them decided to conduct their own illegal experiments. 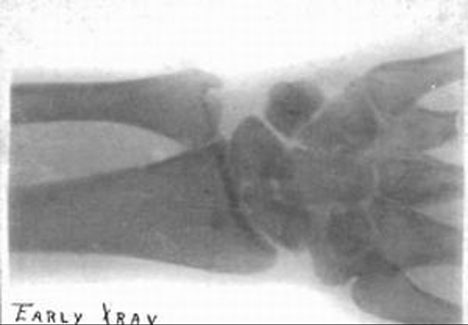 Eben Hardin, Pender Porter, and Osmond L. Barringer, all juniors at Davidson College where Dr. Smith taught, snuck into Smith’s lab on the night of January 12, 1896. The image at the very top is the result of their mischievous experimentation: a crude X-ray showing a variety of weird items. A cadaver’s finger wearing a ring and stuck with two pins, a pill box containing two bullets, a pin, two rings and some Strychnine pills, a magnifying glass and a hollowed egg with a button inside are the objects the pranksters chose to include in their historic image. Dr. Smith went on to make the above image of a cadaver hand with a bullet in it, then to help spread the use of the X-ray in the medical community. His students, fearing punishment, did not reveal their part in medical history for many years.

See more in History of Tech or under Vintage & Retro. January, 2011.