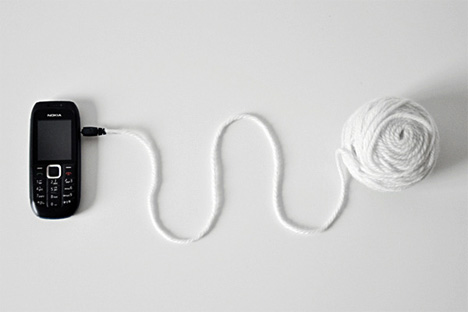 We all know the frustration of needing to charge a gadget but also wanting to play with it at the same time. When the only outlet in the room is down near the floor and behind a piece of furniture and the cord isn’t long enough to let you plug and play, you have to make a hard choice. This cute charger concept would make it a little easier to charge your stuff no matter where the outlet is. 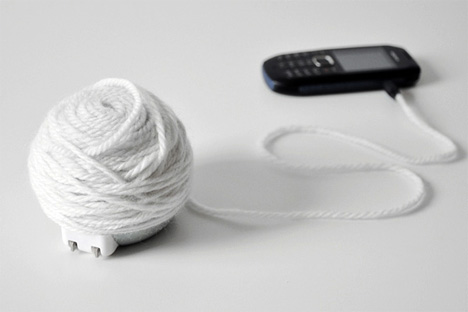 The Wool Ball Charger, a concept from Yuchen Liu, is a charger disguised as a ball of yarn. When you need more cord, you unravel as much as you need. When you’re done, it rolls back up again into a ball of yarn that’s infinitely more adorable than the usual ugly charger cord. 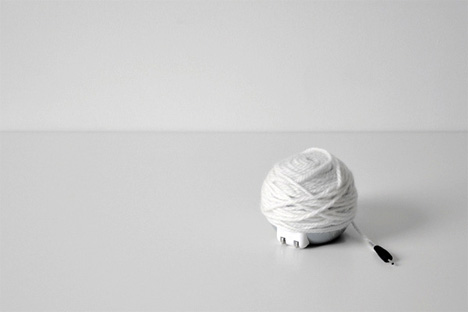 It may be the cutest gadget charger ever, but it would definitely be a problem in households with cats. Now that Yuchen has introduced the idea of chargers that look like everyday household objects, there’s no telling where designers will take this concept. Will we see phone chargers that look like strings of fairy lights? Strands of spaghetti? Flower stems?