10,000+ Subscribers
Flying Spy Sphere Will Follow You Around, Freak You Out 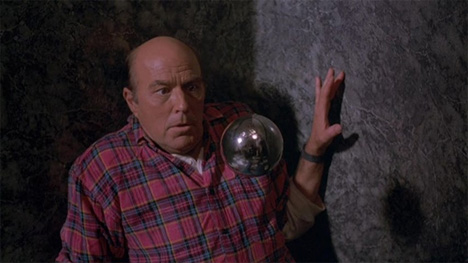 The Japanese military must really want to know what you look like in your undies, because it’s developing a flying spy sphere that will be able to follow you almost anywhere and see what you’re up to, even if you try to run from it. While it isn’t nearly as menacing as the shiny metal sphere from Phantasm, it is just as tenacious. Currently the flying sphere is controlled by a human-operated remote control, but in the future it might be equipped with an autonomous flight system.

The video above is a Japanese news report about the flying spy orb. We can’t understand what the reporter is saying, but some things don’t need to be translated. The orb flies with a single small rotor near the top of the assembly and contains a camera within the sturdy cage. The camera is partially obscured by the cage itself, but that tough exoskeleton is necessary for keeping the camera safe on the battlefield. 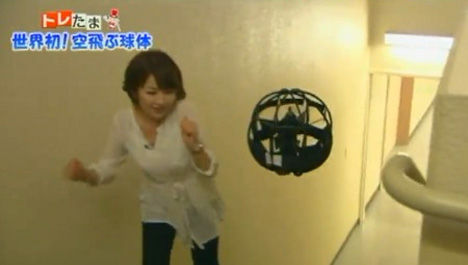 Going under the working title of “spherical flight vehicle,” the orb only has a battery life of eight minutes currently. That’s definitely not enough to spy on enemies in battle or gather intelligence in remote locations. Still, development is ongoing and eventually the flying sphere’s spying capabilities will be enough to scare the socks off of anyone who dares venture onto the bad side of the Japanese military.

See more in Futuristic or under Technology. June, 2011.