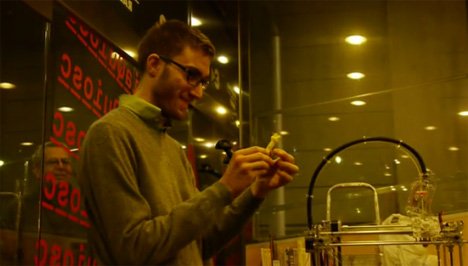 Going on vacation always involves taking tons of pictures. If you’re lucky you may even run into one of those campy tourist photo booths. But tourists of the future won’t have to settle for wimpy two dimensional representations of their goofy faces. They will have an amazing gadget that produces 3D models of their sexy vacation bodies.

This video was produced by BlablabLAB, the masterminds behind this project. The incredible project hacked together three Kinects and a three-dimensional printer as a sort of interactive art project in Barcelona. Users stepped onto a pedestal to strike a pose, then held it while the Kinect sensors surrounding the pedestal took note of their every feature. Then, the 3D printer went to work forming a tiny figurine of the model. 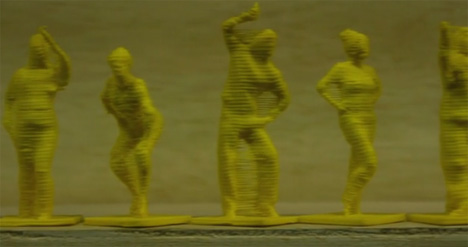 The figurines weren’t exactly stunning in their detail, but they did get the basic shape of each model down. Thinking about the many years of research and development that went into the technology behind this fun project is really fascinating. Not long ago, only advanced labs and maybe top-tier architectural firms had the ability to use rapid prototyping – but today, it is relatively simple and cheap to create a stunningly futuristic setup like this.

See more in Futuristic or under Technology. April, 2011.