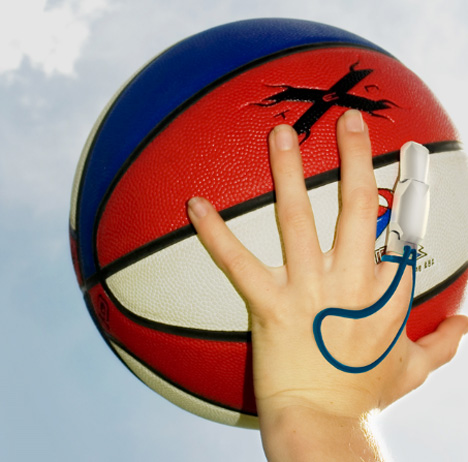 As functional, realistic or advanced as prosthetic fingers are, most of them fail to provide the one thing wearers want most: a sense of touch. Those that do attempt to provide this type of realism usually do so through electrical impulses or other rather invasive measures. The Aquatip takes a slightly less technical approach to restore the essential function for finger amputees. 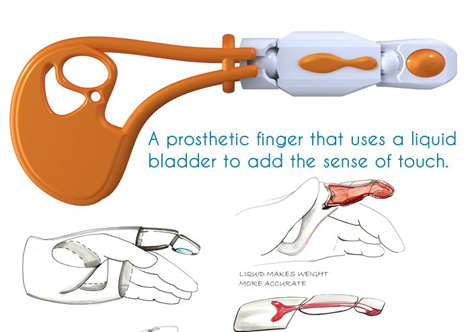 Aquatip, created by industrial designer Leticia Cervantes, uses a liquid-filled bladder to replicate a sense of touch. The prosthetic finger attaches to the finger stump with an adhesive security strap. On the fingertip sits a small sensory pad which is actually the outer surface of the interior liquid bladder. 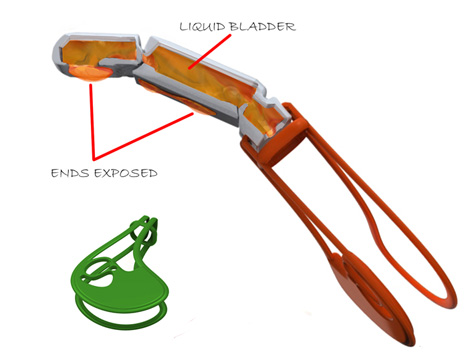 Whenever the sensory pad touches something, Pascal’s Principle causes pressure to be applied to the internal sensor pad which sits against the wearer’s skin. In this way, the “finger” can tell the user when they are touching something, but not what it is or its texture or temperature. Still, for someone who has lost a finger any restoration of the lost digit’s sense of touch might be welcomed.

See more in Cybernetics or under Technology. April, 2011.