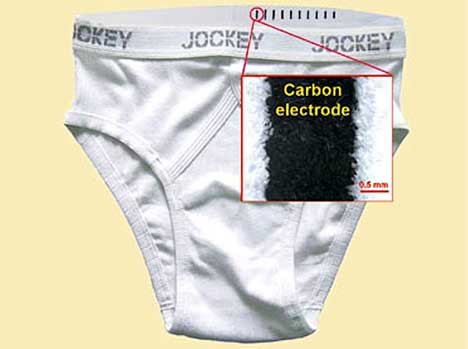 Researchers in Taiwan and the U.S. have come up with an underwear innovation that’s even more fascinating than the thong, though admittedly far less sexy. They figure that flexible biosensors could be fitted into underwear to keep the wearer updated on all sorts of bodily conditions, such as chemical levels, stress levels and even alcohol consumption. The sensors were built into underwear waistbands by screen-printing carbon electrodes onto the elastic. The team conducted rigorous stress tests to confirm that their method would hold up to the considerable wear and tear inflicted on the sensors by normal daily wear. 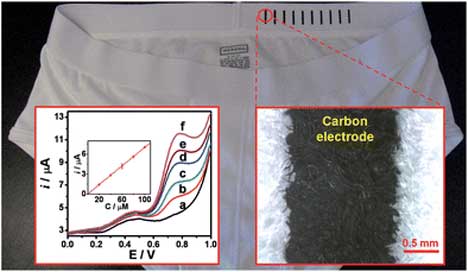 So why underwear? The drawers are the article of clothing closest to the skin all day, so they make an ideal place to put sensors that require contact with the user’s sweat or skin. The first round of sensors only monitor for hydrogen peroxide and NADH, but plenty of other functions could be built in, such as monitoring wearers for signs of dehydration or heat stroke. Based on this study, maybe it’s only a matter of time before we can tell everything we need to know about a person just by checking out their knickers.

See more in New Materials or under Science. April, 2010.