10,000+ Subscribers
Japan’s Solar-Powered Spacecraft Getting Days in the Sun 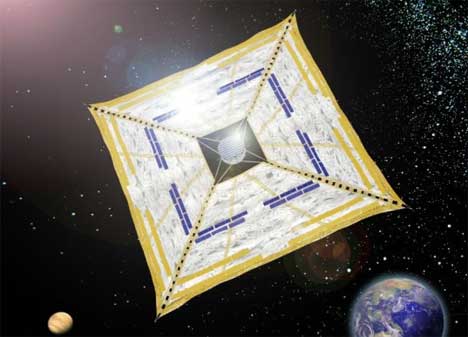 Solar power will soon soar to new heights when Japan launches Ikaros, the first solar-powered spacecraft to be sent into deep space. Ikaros features ultra-thin solar membranes – thinner than a single human hair – that can be adjusted for maximum solar exposure by engineers on Earth. That way, the craft will always be collecting the maximum amount of energy possible. The Ikaros project is destined solely to help the Japanese Aerospace Exploration Agency (JAXA) learn about the possibilities and limitations of solar spacecraft. The project doesn’t have another overarching goal or study mission to accomplish, which shows just how important it is to perfect the fuel-free flight of solar spacecraft. 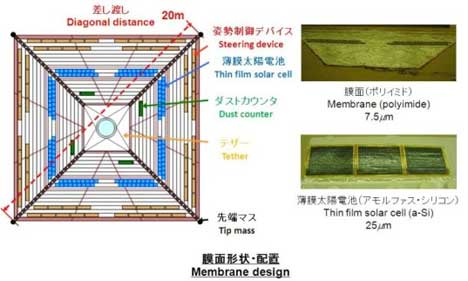 Ikaros officially stands for Interplanetary Kite-craft Accelerated by Radiation of the Sun, but of course Icarus is also a reference to the Greek myth of the boy who flew too close to the sun. JAXA is no doubt hoping for a different outcome for their $16 million project. Ikaros launches on May 18th, 2010 and will become the first solar-powered craft to leave Earth’s orbit. JAXA hopes that this maiden voyage will provide enough information to keep the project moving along swiftly: they already plan to send another solar-powered craft up in the late 2010s. The craft will have a 50 meter sail-span, integrated ion-propulsion engines, and a plan to sail the sun beams all the way to Jupiter.