10,000+ Subscribers
Smart Cane for the Blind Recognizes Faces From 30 Feet 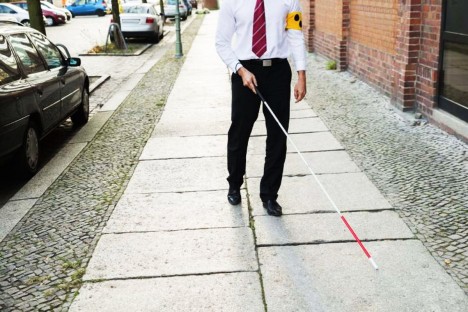 In addition to an array of other useful features, this futuristic mobility-aiding cane contains a camera and facial recognition software to help the visually impaired pick friendly faces out of the crowd. 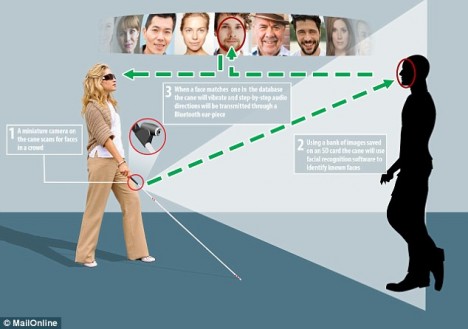 The cane is a widely-recognized and frequently-used staple for those who cannot see well or at all, and thus an idea vessel to enhance with GPS and other computer-driven aids. The device is being designed by Waheed Rafiq, Steve Adigbo, and Richard Howlett, researchers at Birmingham City University in the United Kingdom, and still just a prototype at this point. 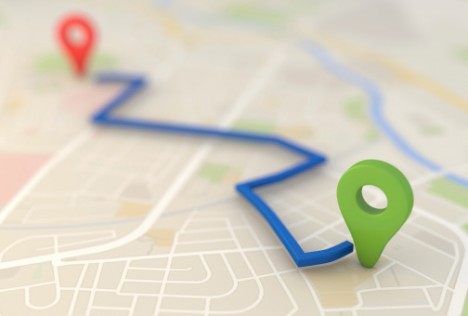 In terms of face-seeing software: the built-in camera takes continuous images, searches for faces, then scans them against a database tied to your social profiles or other uploaded images (you can also use the cane itself to take new photos for the database). When a match is found, the user is notified via bone-conduction earpiece designed to cut down on auditory distractions. 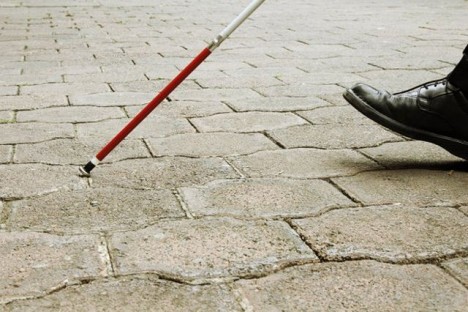 The long-term vision is a commercial version but that is still a ways off. The goal is also to include only what is necessary in the cane, perhaps primarily hardware, leaving the heavy lifting to modular software components or third-party devices already in hand (like mobile phones). Other smart canes are also in development, some being marketed for as little as $40, but with far fewer features.

See more in Unbuilt Concepts or under Technology. August, 2015.