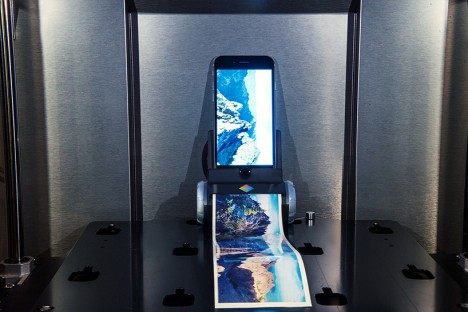 Past generations kept precious keepsakes such as family photos and letters from friends in boxes to be brought out and admired occasionally. This kind of reminiscing has been made much harder by the digitization of our lives. It’s a lot less fun to scroll through old emails and photos on a screen. 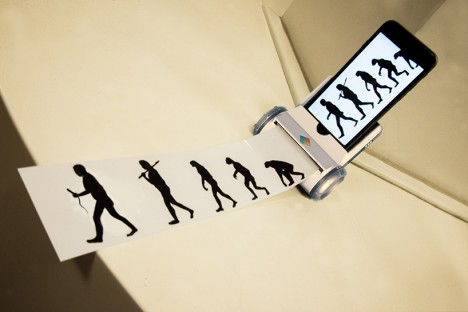 Designer Pierpaolo Lazzarini and musician Giampaolo Scapigliati wondered what kind of keepsakes would be left to hold and admire after the current generation is gone. To create a new type of keepsake, the duo invented the Printeroid, a portable printing device that works with any Apple mobile device. The name is a nod to the revolutionary (for its time) Polaroid instant printing technology. 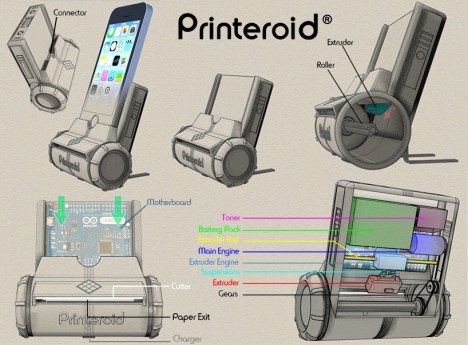 Printeroid can make hard copies of photographs, text messages, and any other type of document. Using an app they named PMS (Printeroid Messaging Service), users send documents or photos to the printer which can store rolls of paper up to 10 meters long. Printeroid prints on standard paper, sticky paper, or photographic film. 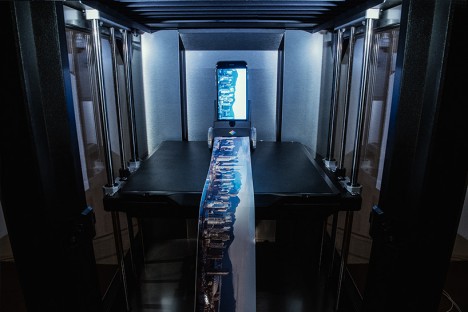 One of the many awesome features of the Printeroid is its ability to print out panoramic photos in one piece. The paper is only 2.7 inches wide so the photos may not be incredibly detailed, but they do bring back the tactile satisfaction of holding a treasured photo in your hands and preserving it for future generations. 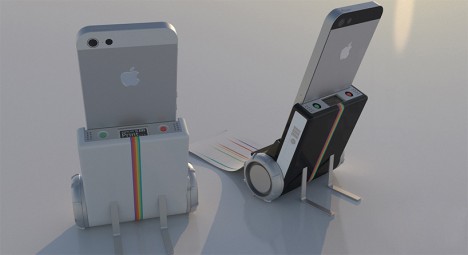 In the age of purely digital communication, the Printeroid could be a way to preserve the text messages of a couple from their first meeting through the deep connection that forms. These long printed lines of text and pictures could very well fill the memory boxes of our children and grandchildren, giving them a glimpse into how we lived in the first few decades of the 21st century.